While not a traveller’s guide to the birds of Namibia’s highways, here are a few suggestions how to appreciate and enjoy our feathered friends while you drive.

TEXT AND PHOTOS BY POMPIE BURGER

W hy has the pleasure of slowness disappeared? Ah, where have they gone, the amblers of yesteryear? Where have they gone, those loafing heroes of folk song, those vagabonds who roam from one mill to another and bed down under the stars?” Quoted from Milan Kundera’s novel Slowness, this could just as well be said of driving through Namibia.

Roadside birding is obviously about big birds. So contrary to what people say, size does make a difference. Depending on your financial status, you will most probably spend more than 25% of your time in Namibia on the road, keeping in mind that Namibia is vast and distances are extensive. So you might as well enjoy your time on the road and do some serious bird watching.

This can be very exciting, depending on the type of vehicle you’re driving, its speeding ability, the time of year, the number, age, sex, mood and I.Q. of your passengers, and last but not least, your own state of alertness. If you drive at a speed of 160 kilometres per hour, you’ll probably only see ostriches crossing the road in front of you. This will also be the last thing you ever see!

During the colonial days people used to say: in the south, beware of speed traps; in the central region, beware of the kudu and in the north, beware of the landmines. All of this has changed. In the south you should be on the lookout for birds of prey, in the central region for lilac-breasted rollers and in the north you’ll need to keep your eyes on the road, because there are so many birds around, you might never reach your destination.

Driving from Hosea Kutako International Airport, the first bird you see will most probably be an Air Namibia aircraft. Just before you enter Windhoek, on the right, is Avis Dam, one of the prime birding spots in and around the capital. You could try asking your bus driver to pop in there, but he almost probably won’t. Whatever you do, ignore the huge netted area on your left. Birds in captivity are certainly not the real thing.

The road to the south can become rather boring, unless, of course, you’re a birdwatcher. On one of my trips to Keetmanshoop, I counted 22 raptors along the road between Mariental and Keetmanshoop – a distance of only 240 kilometres. The aridity and scarcity of trees, which makes seeing and identifying the birds easy, might possibly explain the large amount of raptors seen on this road. Another most interesting phenomenon in the region is the sociable weaver nests in the trees and on the telephone poles. These massive structures are definitely worth a closer look. They can host up to 50 birds, and also serve as boarding houses for pygmy falcons with whom they have a symbiotic association, since the nests provide boarding for the falcon, and the falcon protection for the weavers against snakes. 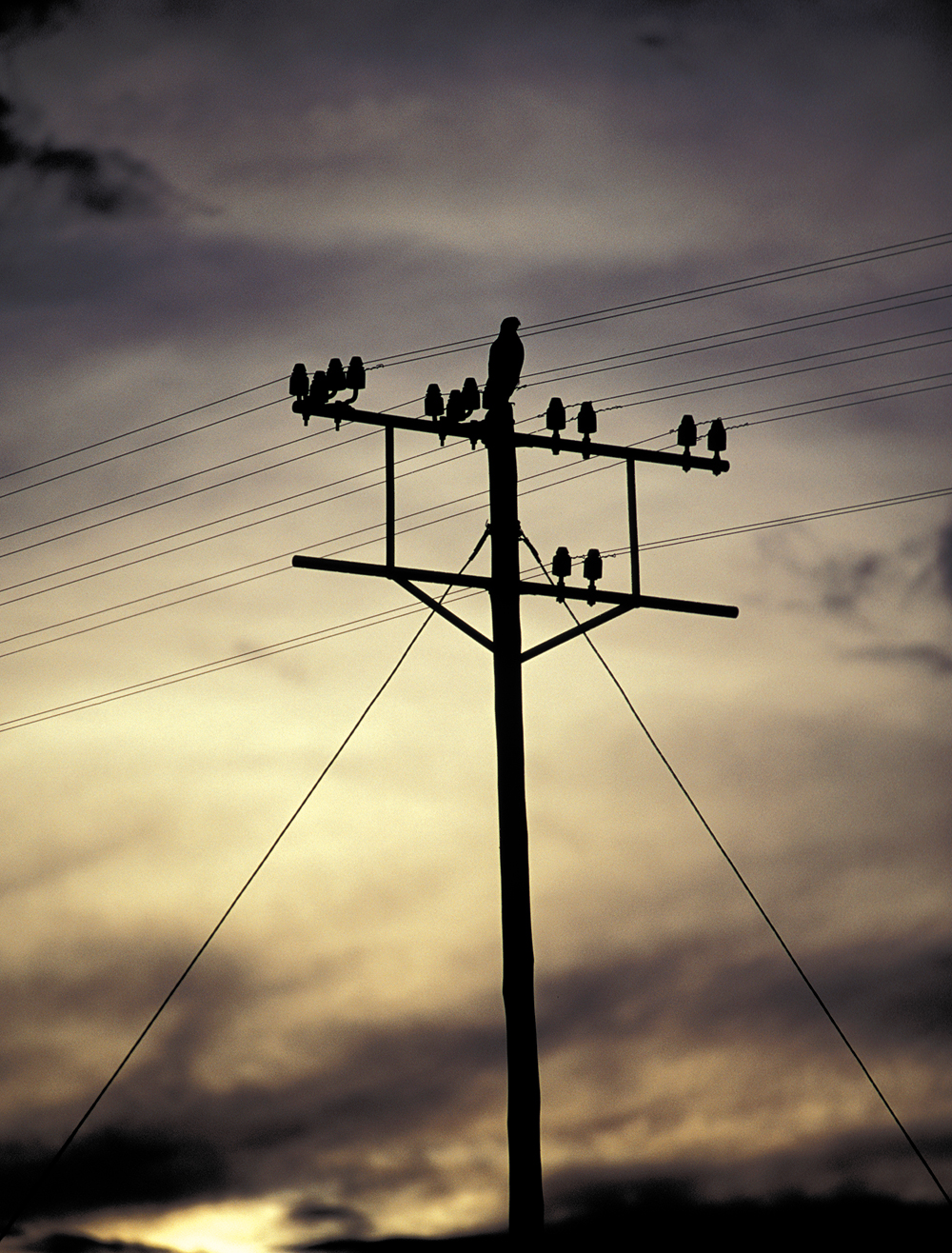 From Windhoek to the coast there are four options. For those in a hurry there is the tarred road via Okahandja, Karibib and Usakos. The other three are via the Khomas Hochland, and are all gravel roads and excellent for bird watching (for the Kundera contingent). Close to Windhoek your chances of seeing some birds of prey are excellent, especially the martial eagle, pale chanting goshawk, rock kestrel, and if you’re lucky, a lanner falcon. In the pre-Namib area, be on the lookout for the blackbreasted snake eagle and Ruppel’s korhaan, one of Namibia’s endemic species. Further west in the desert you might see some ostriches, if you drive slowly the odd pied crow and if you drive really slowly, even a tractrac chat. To the west of the Kuiseb River Canyon, especially in the early morning, you might hear the “kelkiewyn, kelkiewyn” call of Namaqua sandgrouse on their way to collect water for their chicks.

The Gobabis road to the east of Windhoek can be extremely rewarding. The nightjar (a species seldom seen during daytime) is quite common in this region, especially during the rainy season. On one of our trips through this area, we had the questionable privilege of catching (and decimating) a nightjar in the grill of our vehicle. For a moment I thought my big moment had finally arrived to identify which nightjar it was, so with the indispensable Roberts’ Birds of Southern Africa, and later Sasol Birds of Southern Africa, and eventually Newman’s Birds of Southern Africa, I finally came to the conclusion that my intelligence is really not up to it to identify a nightjar, even with the bird in hand.

The north is probably Namibia’s ultimate birding area, and indeed, the further north you go the better it gets. Just north of Okahandja, apart from the odd raptor, Burchell’s starlings, forktailed drongos, lilacbreasted rollers and the yellowbilled hornbills will entertain you with their hunting activities, on the ground and through the air, all of them quite unmistakable in their appearance, flight and hunting methods.

The Kavango and Caprivi regions warrant a separate article because of the density and variety of birds. However, I would like to quote from an article by P G Kaestner published in the Lanioturdus, the Namibian Bird Club’s quarterly magazine: “Driving east along the Kavango, the chanting goshawks turned from pale to dark, korhaans from redcrested to blackbellied, batises from pririt to Chinspot, and the bulbuls from red to blackeyed.”

The migrating birds definitely add another dimension, as well as colour and magic to any country’s bird populations, especially along the road. Namibia is no exception here. I tried to work out what the general pattern for the migrating fraternity was, but after a lot of reading and research, I found out there was none. What I did find was some very interesting information. For example, a turnstone captured 14 days after being ringed had covered some 7 000 kilometres in two weeks. Migrating birds seen quite often in Namibia along the road, usually in large flocks, are yellowbilled kites, European bee-eaters and swallows. If you are lucky enough to come across a group of migrating western redfooted kestrels, you are in for some serious entertainment. We ran into a group of over 150 that had happened on a squadron of armoured ground crickets [koringkriek] on the road near the Waterberg Plateau Park. After we had watched them hunting down these ugly creatures for over three hours, and the following day for some time, I was certain that this bunch of kestrels was running late with their migrating schedule back to Europe.

In conclusion, this is not a traveller’s guide to the birds of the highways. It is just another way to appreciate and enjoy our beautiful country NAMIBIA.