South Africa has Table Mountain, Botswana has vast numbers of wildlife, Zimbabwe has Vic Falls, Angola has diamonds and Zambia has the Liuwa plains and the Luangwa valley. So why would you travel Namibia? What makes Namibia travel so unique?

We have the Big Five; the big five areas for sightseeing, that is. And as this year’s trend for travel is focused on keeping it local, why not take a tour to see our Big Five for yourself?

Known for its majestic red dunes surrounded by the vast sand sea of the Namib, Sossusvlei lies in the middle of the Namib-Naukluft Park. Dead Pan, Hidden Vlei and the Sesriem Canyon (the entrance to Sossusvlei) are interesting attractions found in the vicinity.

Even though all roads figuratively lead to Rome, there are a number of different ways to get to Sossusvlei. Most of them are for the more adventurous traveller on gravel roads leading through spectacular mountain passes. But if travelling off the beaten track is not your cup of tea, there is the option of taking the B1 through Mariental, and turning off onto the C19.

And if driving yourself is not your cup of tea either, you can always take the Sossusvlei Shuttle. Several tour companies operate tours from Windhoek or Swakopmund, making it even easier to just relax and take in the sights, watch the sunrise over the Sesriem Canyon, or take a hike in the oldest desert in the world.

There is a wide range of accommodation facilities in the areas surrounding Sossusvlei, including 5-star and luxury lodges such as Wolwedans, Kulala Desert Lodge, Sossusvlei Wilderness Camp and Namib-Naukluft Lodge.

SEAN BRAINE – A PHOTOGRAPHER OF NOTE

The Fish River Canyon is the second-most-visited tourist attraction in Namibia – for a reason. This massive gorge, which is about 160 kilometres long, up to 27 kilometres wide and in some places 550 metres deep, is second in size only to the Grand Canyon of America.

A unique feature of the gorge is the fact that about 90 kilometres of it is privately owned and incorporated into private nature reserves. Several species of mammals and wildlife graze the area, which makes for interesting game viewing. An interesting option is mule-trekking in the wilderness area north of the main viewpoint, offered by Gondwana Cañon Park.

Activity-wise, the Fish River Canyon Trail is a popular 85-kilometre hike from Hobas to Ai-Ais, where 650 million-year-old dolomite strata and historical quiver trees can be seen along the way. One or two day trips and scenic flights can also be organised in and around the canyon.

Etosha National Park, the ‘great white place of dry water’, has many extremes. Depending on the season and weather, the park is either a vast, waterless white wilderness or a lush water-filled land of plenty.

Etosha, with the pan of 4 590-square kilometres as its defining feature, is a sanctuary for many of Africa’s declining- animal species.

Four of Africa’s Big Five (animals, that is) – elephant, lion, leopard and black rhino – can be seen here going about their everyday business in their natural habitat.

Apart from the three rest camps in the park (Okaukuejo, Namutoni and Halali), all of which offer luxury accommodation and camping facilities, there are also a large number of other accommodation establishments within a few kilometres of the main gates. 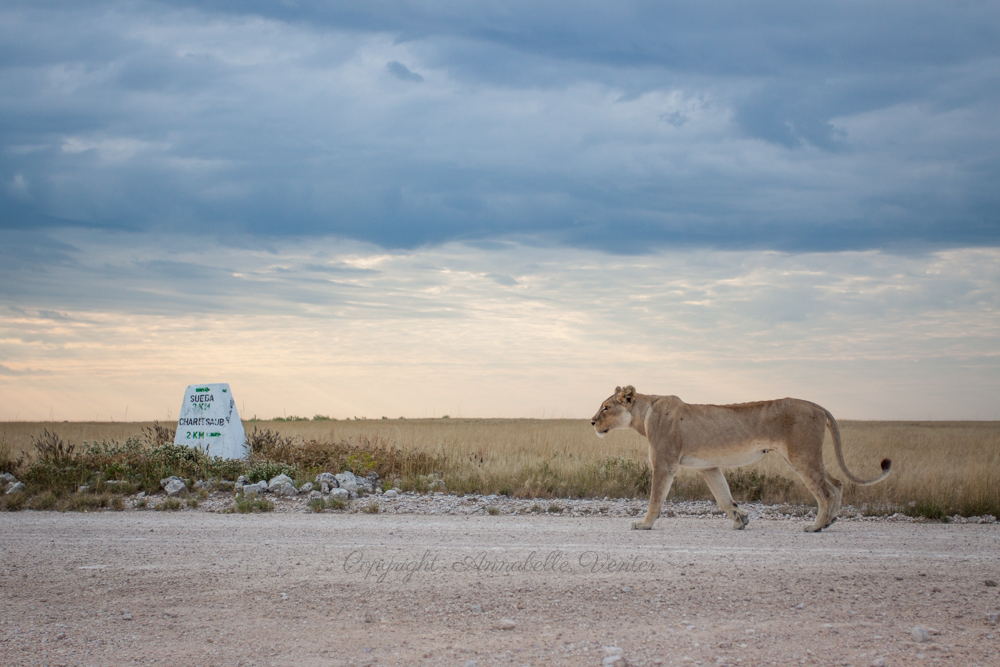 Etosha is open throughout the year and is accessible by tarred roads, either via the Andersson Gate entrance to Okaukuejo in the central southern section of the park, the Von Lindequist Gate entrance to Namutoni in the east or the King Nehale Gate in the north.

A spiritual site of great significance to the San, the Brandberg mountain in Damaraland is most famous for the rock painting known as the White Lady. But it is also a rock-climbing mecca, especially its peak, Köningstein, which at 2 574 metres is the highest point in Namibia.

Besides the much-publicised White Lady, the Brandberg showcases an impressive outdoor gallery of a vast number of paintings, estimated at between 2 000 and 4 000 years old.

The Brandberg is also home to interesting desert flora, including some bizarrely shaped aloes and euphorbias, their alien appearance the result of extreme climatic conditions. There are various routes leading to the White Lady, the easiest (but ironically enough also the steepest), being up the Ga’aseb river valley.

Other routes include more scenic options through the Hungurob and Tsisab river valleys.

The nearest town to Brandberg is Uis, situated about 30 kilometres to the south-east. Accommodation can be found here or at facilities in closer proximity, such as the Brandberg Rest Camp and the Brandberg White Lady Lodge.

The Namibian coast includes not only Swakopmund, Henties Bay and Walvis Bay, but also Terrace Bay, Torra Bay, Cape Cross, Mile 14 and Wlotzkasbaken (a town so small that it doesn’t have a municipality) to the north and Sandwich Harbour, Lüderitz and the ghost towns (former diamond mining settlements) in the Sperrgebiet to the south.

These lesser-visited areas make the coast an important part of our Big Five.

Sandwich Harbour, which is trademarked by the lagoon formed between the Namib dunes and the Atlantic Ocean, is definitely worth a visit. It is classified as a globally important wetland and breeding area for several unique bird species. There are no accommodation facilities at Sandwich Harbour and the area is accessible only through private concessions. Tour operators in Lüderitz cater for day tours to some of the deserted mining villages in the area.