The positive mileage that Namibia gained through the successful hosting of international events such as ATWS 2013, COP-11 and the IWA conference in 2013 could be lost through the selfish and short-sighted acts of some individuals. – HAN CEO & Chairperson on the possible Air Namibia strike

Against the background of strike threats from next week Wednesday by Air Namibia ground and air staff, Air Namibia yesterday confirmed that “there will be no flight disruptions during the weekend”.

Yesterday, the Namibia Transport and Allied Workers Union (Natau) said the airline union members will commence their strike on Wednesday, March 5, if no final agreement can be reached with their employer.  During the previous Air Namibia strike, the airline notched up losses of up to N$5 million a year. Moreover, Air Namibia’s international reputation was dented amongst international and national travellers. 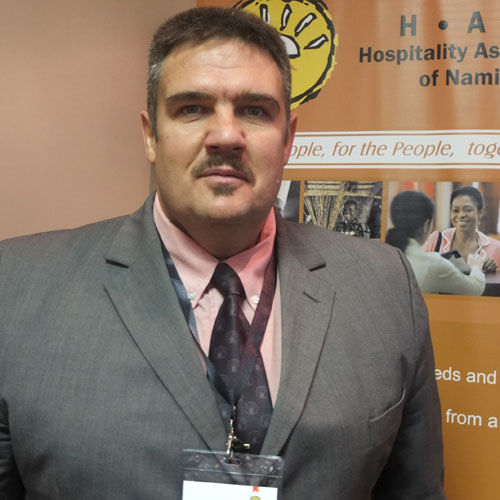 Yesterday, Rudie Putter, Chairperson of HAN and FENATA, and HAN CEO Gitta Paetzold told Travel News Namibia that the threat of another strike is “extremely worrying and disheartening for the tourism industry”.

In a joint statement, the duo who have their fingers on the pulse of the tourism sector of  Namibia, said such action “would disrupt tourism flow, cause severe unpleasantness for tourists and tarnish Namibia’s image as a safe and professional tourism destination”.

Putter and Paetzold pointed out that the decision by union members to opt for a possible strike is especially vexing, considering the airline’s efforts last year to “successfully rebuild its image, following adhoc and disruptive schedule changes early last year”.

Moreover, the “positive mileage that Namibia gained through the successful hosting of international events such as ATWS 2013, COP-11 and the IWA conference in 2013 “could be lost through the selfish and short-sighted acts of some individuals”.

Paetzold and Putter underlined that while HAN does “honour and respect the rights of all employees, it should be remembered that in tourism, an industry that faces strong competition from across the globe, we should all stand together and work towards a common goal of making Namibia the most desirable, attractive and convenient place to travel to, to ensure that Namibia becomes and remains an international tourism destination of choice”

They pointed out that in the tourism industry, success depends on compromises and “priority should always be given to the greater good of our country and its image as a whole”.