For the 15th consecutive year, the Cheetah Conservation Fund (CCF) hosted its annual fundraising gala and dinner celebrating the cheetah’s speed and elegance. Several individuals and entities were honoured by the CCF for their valuable contribution to wildlife conservation.

This annual event, which is now much-anticipated by Namibian conservation circles, was held at the Windhoek Country Club on 12 July. This year’s theme, Share the Waterberg Magic, celebrated the magnificent landmark that is the jewel of the Greater Waterberg Landscape, and highlighted CCF’s long-term efforts to ensure the survival of the wild cheetah.

Approximately 290 people attended the event, including individuals from the business, conservation, agriculture and government sectors in Namibia and international circles.

Brian Badger, Operations Manager of CCF and a talented speaker, was the evening’s Master of Ceremonies. Mr. Valli Moosa, Chairman of the World Wildlife Fund South Africa and globally recognised for his expertise in sustainable development and environment was the Guest Speaker for the evening. In his eloquent speech, Mr. Moosa spoke of how humans have changed the planet, and the need for critical actions to solve issues like hunger or extinction. “We don’t want to be the generation accused of the irresponsible end of the roar of the lion or the song of the nightingale, “said Moosa. “Let’s not be the generation that turns the lights off.”

Working with the Namibian Protected Landscape Conservation Areas Initiative (NAM-PLACE) –a project under the Namibian Ministry of Environment and Tourism, the United Nations Development Program and the Global Environment Facility, CCF aims to foster an economic system where humans can live and persevere within the natural scope of a healthy, intact and bio-diverse landscape.

US Ambassador to Namibia Wanda Nesbitt and her husband Mr. Jim Stejskal were honoured as the 2013 Cheetah Conservationists of the Year. The Ambassador and her husband Jim have been a valuable resource in assisting CCF with the care of one of CCF’s most precious Livestock Guarding Dogs, Cappuccino, who was birthed by artificial insemination and holds precious bloodlines.

FNB Namibia was honoured as the 2013 Cheetah Conservation Business of the Year for their visionary approach to doing business in the 21st Century by supporting projects that enhance the lives and the environment of the communities of which they are a part of.

Andreas Hishiko, a commercial cattle, sheep and goat farmer, received the 2013 Cheetah Conservation Farmer of the Year Award. Andreas has been a friend of CCF’s since 1999, and exemplifies how to successfully prevent livestock losses to predators by giving CCF’s Livestock Guarding Dogs the proper care and attention. 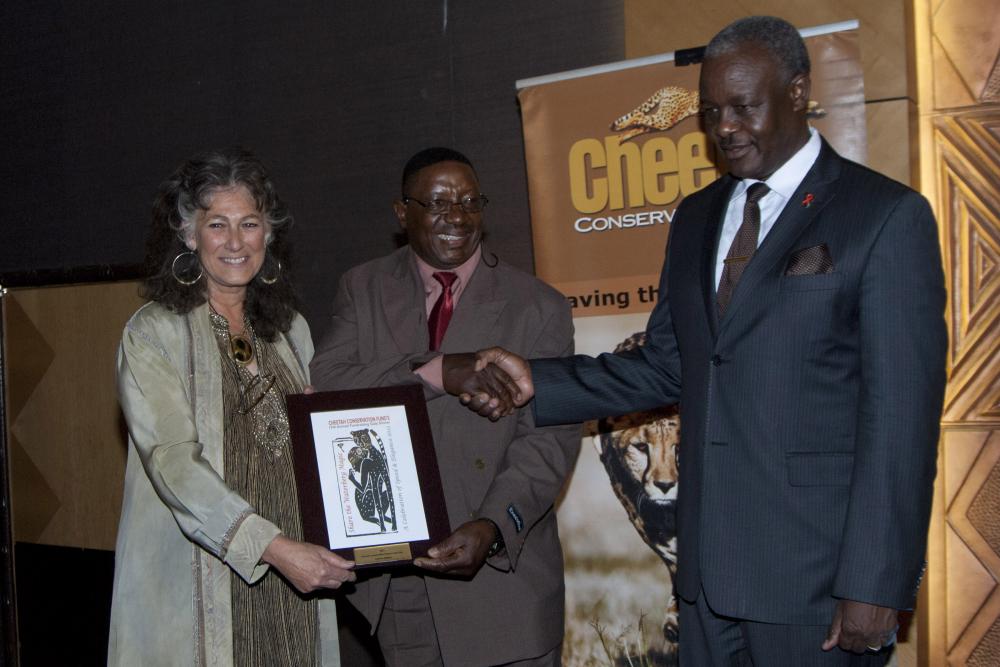 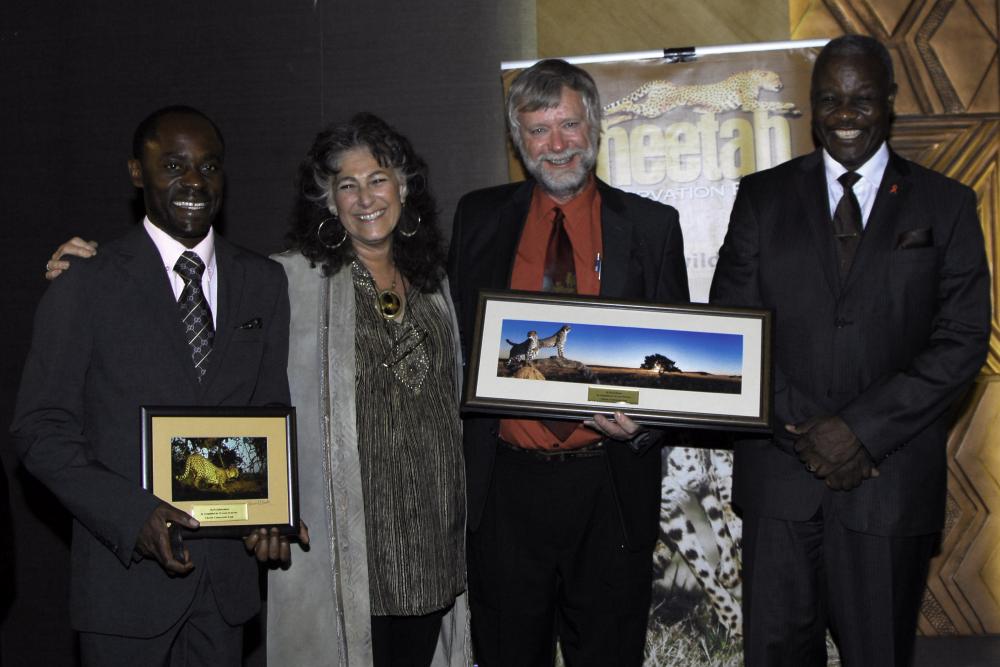 The silent auction once again was a huge success, with over 120 items donated by local and international businesses, included artwork, jewellery, Namibian craftwork and recreational ‘get-aways’ at exclusive Namibian and international tourist venues, including stays at CCF’s exclusive Babson Guest house.

The wide range of auction items brought in contributions for CCF’s research, conservation and education programmes, all of which are supported through donations (more information on CCF’s conservation, education and research programmes is available at www.cheetah.org).