A little over a decade ago only a handful of conservationists and diamond prospectors were familiar with the unique beauty of the 26 000-square-kilometre Sperrgebiet. When the area was proclaimed a national park in 2008, it was a dream come true, giving conservationists the opportunity to showcase one of the last true wilderness areas in the world, while at the same time protecting it from a flood of tourists and their inevitable footprint.

T hat dream is now on the brink of becoming a reality. Not only will the majority of Namibians and tourists finally be able to experience this natural wonder first-hand; Namibia will once again be at the forefront of conservation, and set an example to the rest of the world on how to plan for and manage a park in line with sound ecotourism principles.

While much of the park is still largely undeveloped and much of it remains inaccessible to visitors, a small section of this wild landscape can be explored with a tour group, accompanied by an official of the MET.

Concessionaires with the Ministry of Environment and Tourism (MET) take visitors from Lüderitz into the northern extremity of the park where they can admire the colossal 55-metre-high Bogenfels rock arch; the modern diamond mine and the mysterious ghost town at Elizabeth Bay; the ghost town of Pomona (noteworthy for enduring the highest average wind speeds in Southern Africa); and Märchental – the famous ‘Fairy Tale Valley’ – where diamonds were once so common they could be picked up in handfuls from the surface as they lay gleaming in the light of the moon.

Described by environmentalists as a place that is ‘unscarred, remote, rugged, and spectacular’ the Sperrgebiet National Park owes its untouched nature to an ironic twist.

The Sperrgebiet is an international biodiversity hotspot. Photo ©Trygve Cooper

Closed to the general public more than a century ago due to a rich diamond find, the diamond companies managed to contribute indirectly to a large part of the area remaining pristine and true to its origins. This defines the park. The Sperrgebiet, literally the ‘forbidden area’, remains a place of contrast and contradictions.

The image of glittering diamonds contrasts starkly with the ostensibly barren landscape, which seemingly defies plant and animal life. Yet the Sperrgebiet is home to some 25 per cent of Namibia’s plant species and has been declared an international biodiversity hotspot. Close to 20 per cent of the plants that occur here are indigenous to Namibia, with several species being endemic to the Sperrgebiet.

The climate too is atypical

In contrast to the heat and sporadic rainfall of the summer and the crisp, cold blue winter skies in most of the country, the Sperrgebiet is situated on the cusp of the transition zone between winter and summer rainfall, and thus presents a different situation altogether.

However, before these wonders can be revealed to visitors, the major challenge remains the issue of accessibility. While the area is now a national park, it is still legally a diamond area. It’s a challenging situation all round because of the legal implications of opening it up to tourism.

One recommendation is de-proclaiming the 70 per cent of the Sperrgebiet that is not actively being mined. Diamonds are concentrated primarily along the coast and the Orange River. De-proclamation would mean that the rest of the area would lose its mining status, which would allow a controlled and monitored access to the park for tourism purposes. 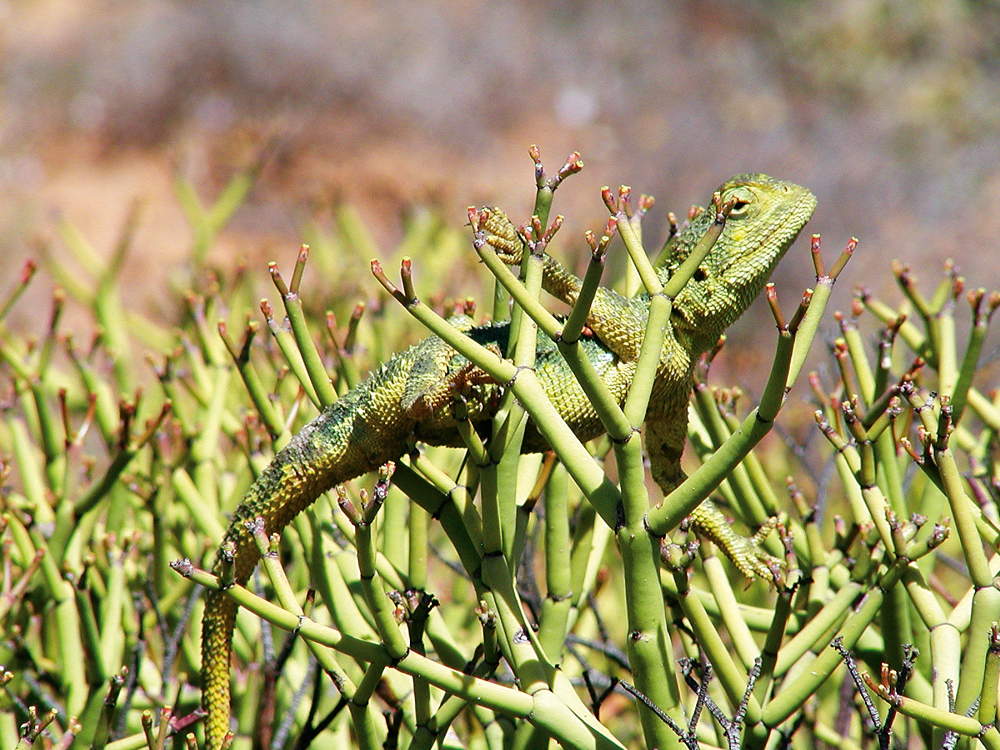 Retaining the essence of wilderness

To date, the MET has conducted extensive research on biodiversity mapping, management plans, tourism potential and zoning strategies. It is a prerogative that the park is divided into multiple use areas for tourism, ensuring that the area retains its status as an untouched wilderness.

This is why the planning phase is so extensive. The MET recognises that in pre-independence days parks were sometimes proclaimed without clearly defined objectives or supported by biodiversity considerations.

But thanks to Namibia’s globally praised and award-winning philosophy of conservation and minimally invasive tourism practices, parks are now developed only once the necessary building blocks are in place. The ideal is that the area – which has been home to flora and fauna evolved over millions of years – will retain as much of its integrity as possible, and be developed to reflect its true essence to visitors now and in the future.

This article was first published in the Travel News Namibia Spring 2012 issue. Information has been updated accordingly.