New resort to be constructed at Mile 14

Most of us love dogs (they are, after all, man’s best friend), and the African wild dog Lycaon pictus is fast becoming a ‘must see’ for visitors to the KaZa TFCA, the largest conservation area in Africa.

P roviding space for wildlife to roam is what KaZa is all about. Centred around Namibia’s Zambezi Region, the Kavango-Zambezi Transfrontier Conservation Area takes in large swathes of Angola, Zambia, Zimbabwe, Botswana and Namibia.

It’s a common misconception that KaZa is a park. It isn’t. The conservation area encompasses national parks, communal conservancies, forests and farmland. If you’re flying from Europe, it’s as large as Sweden or Italy. If you’re an American, think of Colorado. KaZa is bigger; in fact 50 times bigger than Yellowstone National Park!

The African wild dog, sometimes referred to as the ‘painted dog’ due to its mottled coat, needs space to roam. The wild dog is a canid, not immediately related to modern domesticated dogs. Research suggests that a number of wolf-like canids diverged from a common ancestor about two to three million years ago. The hyaena, wild dog, Australian dingo and our friend, the domesticated dog, all come from a common root.

Why would we love wild dogs? They are one of the most social animal species on the planet. The scientific name, Lycaon pictus, is a combination of the Greek and Latin words meaning ‘ornamental wolf’. They are lovable, if not exactly friendly. A case of a lion mauling a wild dog was reported in Hwange National Park in Zimbabwe. It was certain that the dog would die, but the pack dragged it away and fed it for three months until it recovered, proving that the myths were wrong.

The old-time cattle ranchers in what is now Zimbabwe had no time for painted dogs, and shot them at every opportunity. There was a government-led eradication campaign, with sixpence paid in bounty for every dog killed. A lion, by the way, was worth a shilling, a jackal threepence, and a baboon a penny. Fortunately times have changed.

Back then, ranchers believed that wild dogs caused major stock losses. Farmers near Bulawayo we persuaded to allow two packs of wild dogs to be introduced to the area as an experiment. Only 1.7% of the cattle killed were taken by wild dogs. The major factor in cattle deaths was bad management, with 17% of the deaths being attributed to cattle swallowing plastic bags.

The KaZa landscape harbours the largest wild dog population in Africa, and the dogs have a great deal of genetic diversity. There are thus sound reasons for wild dog conservation. They move the herbivores about, rather like farmers rotate cattle to preserve the grazing. They take off the weaker ungulates, including duikers and kudus, whose genetic stock is strengthened as a result. And wild dogs are a big draw card for tourists. 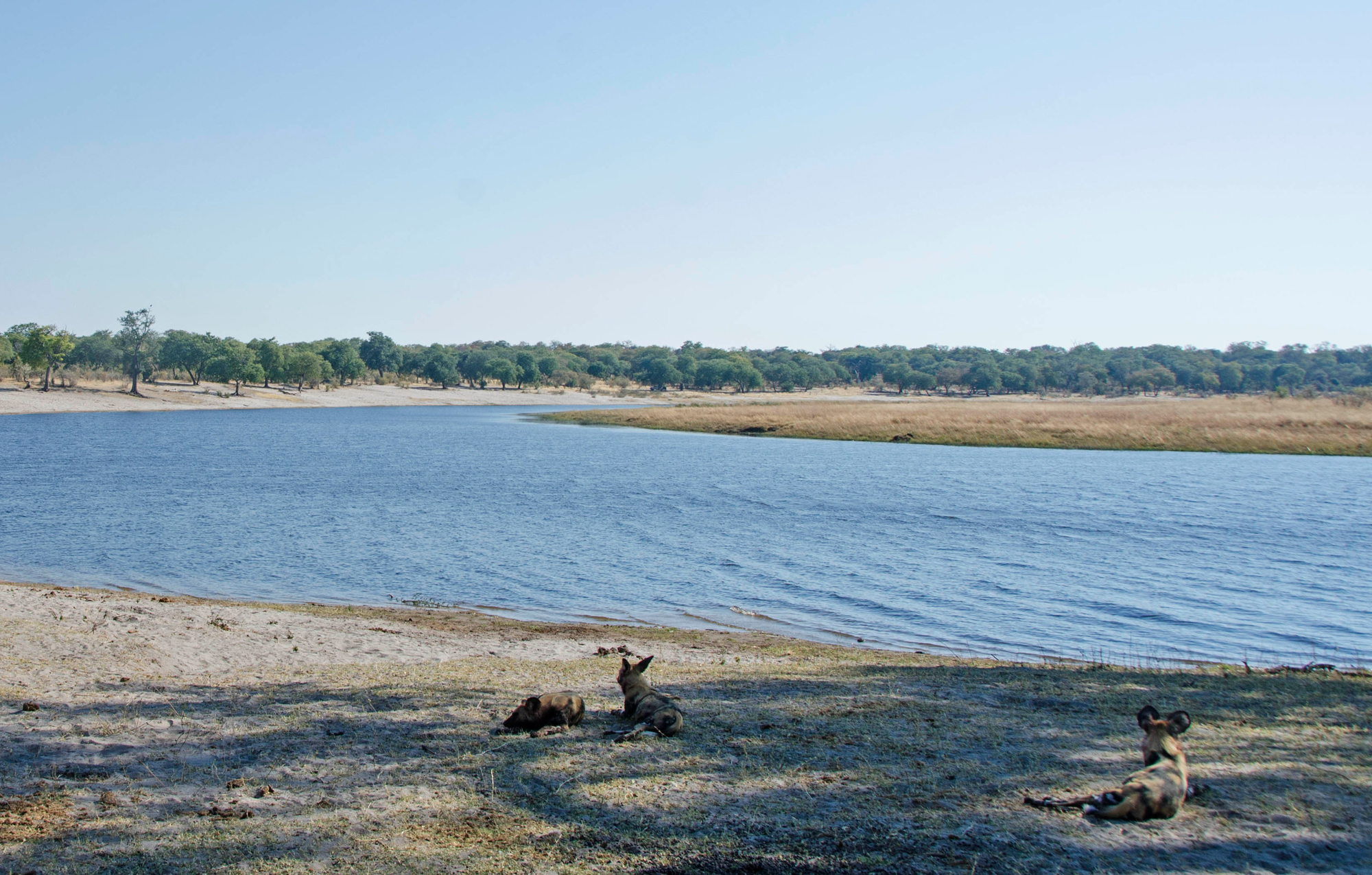 This article was first published in the Flamingo September 2012.