UNCCD COP 11 on our doorstep

An action-packed adventure is probably the best description of a visit to the Avis Dam. This is where we started our serious bird-watching expeditions in Namibia way back in the nineties, and, incidentally, it was the testing ground for my then brand-new 600-mm lens. Every Wednesday morning, instead of slogging it out at the office, we would be sitting in the Land Rover with our cameras and binoculars and the indispensable Roberts’ Birds of Southern Africa, spending hours looking for the next exciting new bird to fill the screen of our cameras.

The dam is a five-minute drive from Windhoek City centre to Hosea Kutako International Airport. There are two entries to the environs of the dam. The first is just after crossing the Klein Windhoek River, and leads to the parking lot next to the dam wall. The other is two kilometres further east, just before the railway bridge, a well-known landmark for Avis Dam regulars. In addition to the dam, which provides open water, shoreline and marshy areas, there is a range of different habitats for the birder to investigate, including thornveld, sweet thorn savannah and open grassveld, and the rocky areas to the north of the flood plain.

At the first entrance, be on the lookout for the Kalahari Scrub-Robin (Cercotrichas paena) and Short-toed Rock-Thrush (Monticola brevipes) to welcome you at the parking lot. From here, it is an easy walk over the new dam wall going around the dam. Here you might encounter Monteiro’s Hornbill (Tockus monteiri), White-tailed Shrike (Lanioturdus torquatus) and a few Grey Go-away-birds (Corythiaxoides concolor) on the mountainous area. There is also a fair chance of running into a couple of Ashy Tits (Parus cinerascens) chattering along the way.

The second entry will take you to the flood-plain area. Around and to the east of the parking lot are both rewarding places to start your birding. This is where we encountered a Diderick (Chrysococcyx caprius) and Great Spotted (Clamator glandarius) Cuckoo, and recently heard the call of the Black Cuckoo (Cuculus clamosus). If I say I‘ve seen the Black Cuckoo, Jock Orford will undoubtedly come up with some better sighting, so let’s leave it at that.

Depending on the amount of rain during the summer months, you can expect to have a glorious time birding on the flood plain.  Although many of the birds are incidental visitors to the dam, it is always worth spending time there, because the incidentals we’ve seen were all rather special. One year a Black Heron (Egretta ardesiaca) entertained us with his umbrella-style fishing, following good rains in the catchment area, and two Black Storks (Ciconia nigra) patrolled the flood plains for a few weeks before departing for greener pastures.

Watching the Great Egret (Egretta alba) and African Spoonbill (Platalea alba) doing their early-morning preening on the big dead trees on the flood plain is always a special treat. And take it from me; if you’ve not seen a Three-banded Plover (Charadrius tricollaris) or a Grey Heron (Ardea cinerea), you‘ve not been to the Avis Dam. Be careful that you don’t get in the way of the Egyptian Geese (Alopochen aegyptiaca), because they tend to arrive with an unceremonious crash landing early in the morning.

In the rocky hills to the north, you’ll encounter the Mountain Wheatear (Oenanthe monticola), Rockrunner (Achaetops pycnopygius), Acacia Pied Barbet (Tricholaema leucomelas) and numerous other interesting birds. On a Birding Day a few years ago, over 100 different species were identified in a single day. Some rarities have been recorded over the past few years, such as an Osprey (Pandion haliaetus), and an unidentifiable flufftail. The two African Fish-Eagles (Haliaeetus vocifer) have been a constant feature for a long time. Always be on the lookout for other raptors flying overhead.

The area to your left as you enter the flood-plain environs hosts some interesting smaller birds such as the Crimson-breasted Shrike (Laniarius atrococcineus), Marico Flycatcher (Bradornis mariquensis) and Lilac-breasted Roller (Coracias caudatus). The reeds on the flood plains are a favourite breeding place for the Southern Red Bishop (Euplectes orix), while some of the small seedeaters, such as the Violet-eared Waxbill (Granatina granatina), Black-faced Waxbill (Estrilda erythronotos) and Pin-tailed Whydah (Vidua macroura), prefer the area for its nutritional possibilities.

A pair of Black-shouldered Kites (Elanus caeruleus) has successfully reared and fledged three young. It was with great excitement and amazement that we watched them hover and hunt successfully, in the process reducing the local mice population considerably. A single Goliath Heron (Ardea goliath) has been around for some time and it was fascinating to see him fishing in the shallow water with his long legs and massive pair of feet.

During the summer months, the European Bee-eater (Merops apiaster), a migrant visitor, and the Swallow-tailed Bee-eaters (M. hirundineus), breeding locals, are regular visitors to this area. The water-bird numbers are boosted towards the end of autumn by the arrival of many migrants, when the serious birder can enjoy sorting through the likes of the different waders. For the LBJ fanatic there is always the challenge of identifying the various pipits and larks, or relegating them to UFOs. A pair of Rock Kestrels (Falco rupicolus) has been a constant attraction over the years. Unfortunately, the pair’s efforts to raise a family have been hampered on more than one occasion by the local baboon family.

Regrettably for me, ‘the times they have changed’, to such an extent that my visits to the area have became few and far between, the reason being that the area has been taken over by the Green Space group, which, apart from doing a fantastic job in protecting the environment by bordering it off and having two security guards on the spot, has stopped me from entering the flood-plain area in my vehicle. In the process, I am now not able to do my photography and bird watching from the safety and comfort of my vehicle. That’s apropos my own selfish concerns. 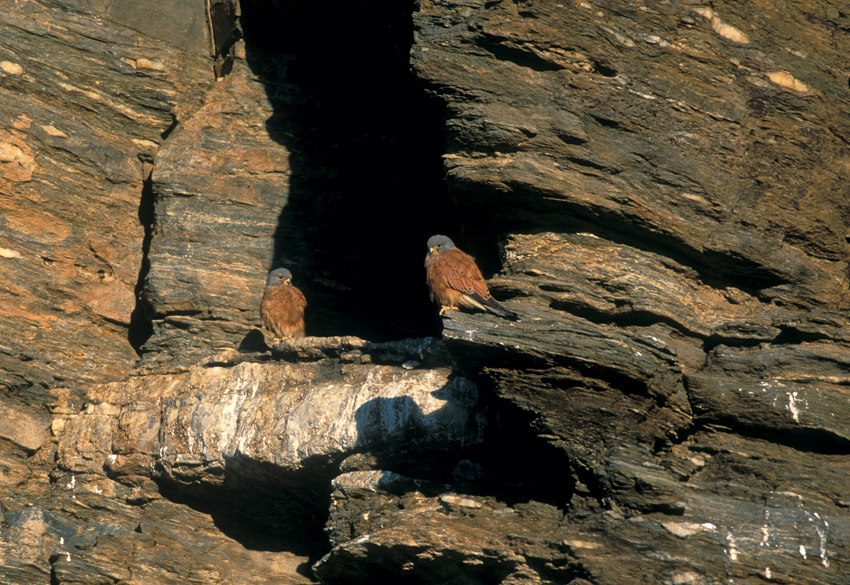 The other unfortunate spin-off is that it has become a popular dog-walking trail and fishing destiny, instead of a potentially wonderful protected wildlife wetland area. If the water in the Avis Dam keeps ‘growing’, we might miss an excellent opportunity to protect this wonderful wetland area (even turning it into a game park) and we might end up ‘sinking like a stone’.

Nevertheless, if the water level does not drop too drastically and the rainfall during summer is sufficient, birders can look forward to another year of fruitful bird watching. I hope that times will change for the better, both for the birds and for the birdwatchers at Avis Dam.