Driving up to Epupa means different things to different people. For the 4×4 fanatic it means they can ‘do’ Van Zyl’s Pass, but for the unfortunate people driving there in a small family car, it can be a total nightmare.

Doing the trip at leisure will open up an entirely new world of new trees, plants and birds (even Cinderella, if you’re lucky). But be warned, the road from Okongwati northwards to Epupa is not for those in a hurry, because it can be an incredibly frustrating experience, and your vehicle might end up behind a tow-truck back to Opuwo.

If, on the other hand, you take your time and enjoy the trip, you might see Monteiro’s hornbills crossing the road every now and then, or whitetailed shrikes, whose density and distribution tend to increase the further north you drive. One of their favourite places to forage on the ground is in the mopane forests on the way. And if you’ve not seen an Adenium boehmianum in flower and you’re driving during autumn, you should slow down, or you’ll miss the point of visiting this area altogether.

You cross several riverbeds on the way, and they are really worth stopping and exploring, for the simple reason that you’ll see the most interesting trees and the impressive bird life associated with them. Near Epupa is a large colony of Hoodias for the not-so-slim segment of the population, so if you’ve over-indulged at Epupa, you might have a few hoodias for lunch. Don’t miss out on the opportunity of stopping at one of the many boabab trees. They are not only worth seeing in their own right, but because of the abundance of wildlife associated with them. Incidentally, the baobab is a favourite nesting tree for redbilled buffalo weavers, woodpeckers and owls.

There are several accommodation options along the river at Epupa, from the community campsite under tall makalani trees, where you can study the rufoustailed palm thrush at leisure, to the more stylish luxury tented lodges further east along the river. The palmthrush is definitely one of Epupa’s specials. One evening in the camp we encountered a lady from Rundu looking with intense interest at the ‘robins’ in the palms. 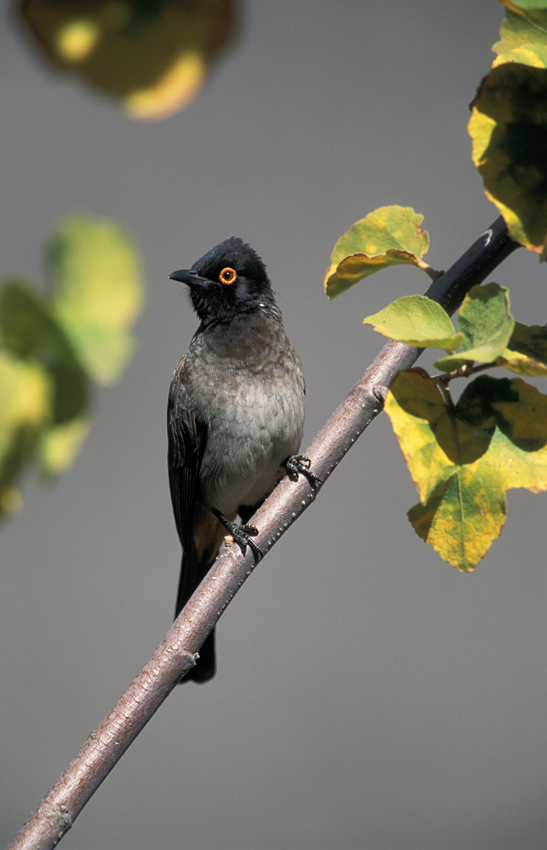 They were mimicking all the birds in the book and since we’d already been there for two days, we were able ‘help’, because by then we knew that they were rufoustailed palm thrushes. Spending time in the camp can be quite rewarding. For instance, we saw a group of rosycheecked lovebirds nesting between the leaves of a makalani palm. The African redeyed bulbuls also made their presence felt by popping in every now and then. Further upstream, where there are fewer people and more birds, we saw a greyhooded kingfisher. Early last year a pygmy kingfisher was caught and ringed in this area by Dirk Heinrich.

The area downstream along the falls is impressive for various reasons, the main one being, obviously, the spectacular falls. If you’re able to take your eyes off the falls (after you’ve seen the African fish eagle flying overhead), there is some very interesting birding to do along the slopes. Somehow the big birds have decided that, excluding the fish eagle, there is not enough space for big birds with the falls already being so big.

A vast number of swallows and swifts fly around, and with my limited knowledge I could identify at least five different species. Amongst them were lesser striped, wiretailed, barn and mosque swallows, a rock martin and a palm swift. I knew it was a palm swift, because there were palms in the vicinity, and the birds were flying swiftly. With the mistletoe in full flower, the sunbirds had a ball, with the dusky and scarletchested varieties being the most prominent. While waiting for one of the sunbirds to fill the screen of my camera, my wife drew my attention to a very impressive visitor. Flying with so much grace and authority right in front of us doing what almost look like a stroll in the park, was an augur buzzard, also one of the specials in the area.

On our first visit to Epupa I saw one of the local people showing tourists how she was feeding a small crocodile in the river, and a few young men taking a bath in the pools along the falls, asking tourists to take pictures of them in the nude. Somehow the thought that crossed my mind was “Do not feed or tease these animals”. Maybe the ever-increasing numbers of tourists have caused problems for the Himba people, this very proud and tradition-bound nation of the area. Fortunately the scheme done under the auspices of Nabco to train locals to function as guides has solved the problem to some extent, but I suppose this is part of the price we’re paying for ‘civilisation’. 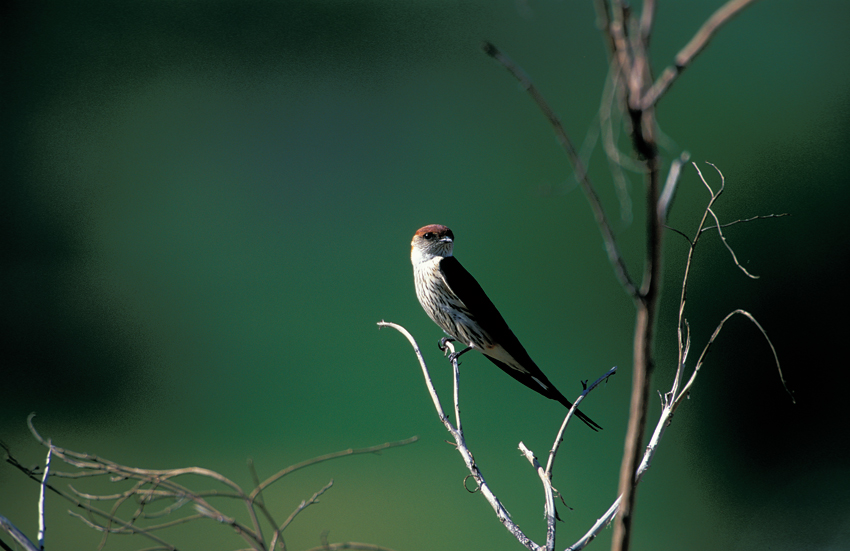 When planning the trip to Epupa, our 10-year-old daughter Karlien was not too keen on going to this very far-off place. After I told her that we might be lucky enough to see a Cinderella waxbill, she immediately changed her mind. While we were running around to get the perfect shot of the falls (actually, it’s already been done by someone else) she was tip-toeing around, looking for Cinderella. To be quite honest, the Cinderella waxbill was very high on my priority list too, but unfortunately my luck was out this time. Maybe I’ll have better luck next time, who knows? But Karlien maintains she saw Cinderella, and can prove it!