Namibia: a leading example of CBNRM

Namibia has just become home to a species of bird that has previously only been known to be distributed in South Africa and Zimbabwe. Expert birder Stefan Rust, of BirdsConTour in Namibia –  made the discovery of the wing-snapping cisticola (Cisticola ayresii) at Camp Chobe on May 16 2013. 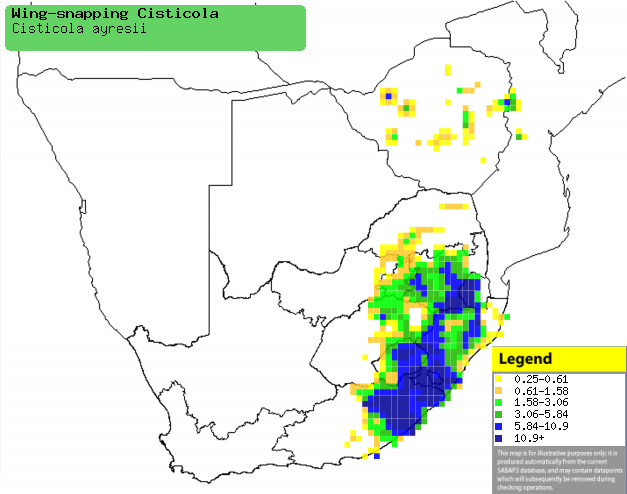 Rust, who was conducting a birding tour, told TravelNewsNamibia that he is an earnest and experienced birder and very familiar with local and southern African bird species. “The sound that this bird made, was absolutely unfamiliar”, he said. Immediately his interest was piqued in this ‘little brown job’ (l-b-g’s as birders call them). While lbg’s are usually not on top of a birder’s hitlist, this one made an immediate impression.

Another dead give away was the flight behaviour of the bird, which snaps its wings mid-flight. “I know the sound of other cisticola’s and its call, it’s a very particular call, and the flying behaviour, gave it away. Once you are into bird watching, you develop an ear, your senses are awake for the sounds”.

The migration of the wing-snapping cisticola to Namibia’s Caprivi region could well be a reflection of Namibia’s outstanding conservation status. According to Rust, the little brown bird could be facing various threats on it’s normal turf in South Africa and Zimbabwe, including habitat destruction and increased populations.

“I think the wing-snapping cisticola is desperately searching for a safe living area, for a safe habitat. It does find it in some areas in the Caprivi. It might be in Botswana too, but because it is a little brown job, many don’t pay attention when they see it”, Rust said.

He noted that increasingly, birders could be surprised with new species in our country, where conservation of wildlife and habitat is a priority and strongly supported by communities and the government.

“Namibia is very conscious about conservation … and the same might be happening with other bird species like the black stork and the white stork. We are going to hear about this type of thing more and more in future. They find a safe environment in our country”.

Rust in particular praised the management of the environment at Camp Chobe – in his account on the discovery at his blog, he wrote: “This discovery and the rich bird life in this area prove to the owner, managers, staff and neighbors of Camp Chobe to be on the right way in protecting birds and their habitat. For their efforts in bird conservation, BirdsConTour prepares a Bird & Birder Friendly Award qualification for this accommodation”.

We couldn’t agree more and give a high five to Rust and Camp Chobe for this discovery.

Read about Stefan’s discovery in his own words on his blog – http://www.birdscontour.blogspot.com/

If you want to find out more about BirdsConTour contact Stefan Rust 081 129 8415 / or birdscontour@iway.na or visit www.birdscontour.blogspot.com