Nakara: Tannery of the Year Awards 2011

Owner of Erindi Private Game Reserve, Gert Joubert, had a dream to become involved in tourism.­ He now lives his dream. Erindi, which means ‘the place of water’ in local Herero, is a private game reserve where, surrounded by peace and tranquillity, real African wildlife can be experienced at its best.

Erindi lies 220 kilometres by road north of Hosea Kutako, Windhoek’s international airport, in the triangle between Okahandja, Otjiwarongo and Omaruru, 1 600 metres above sea level and situated in a malaria-free area. Gert’s nephew, Paul Joubert, assists him in developing and managing the property.

With 71 000 hectares of varied landscapes ranging from mountains to bush and open savannah, Erindi is one the biggest privately owned game reserves in Namibia. The development is similar to that of the privately owned reserves like Sabi-Sabi that surround the Kruger National Park in South Africa. 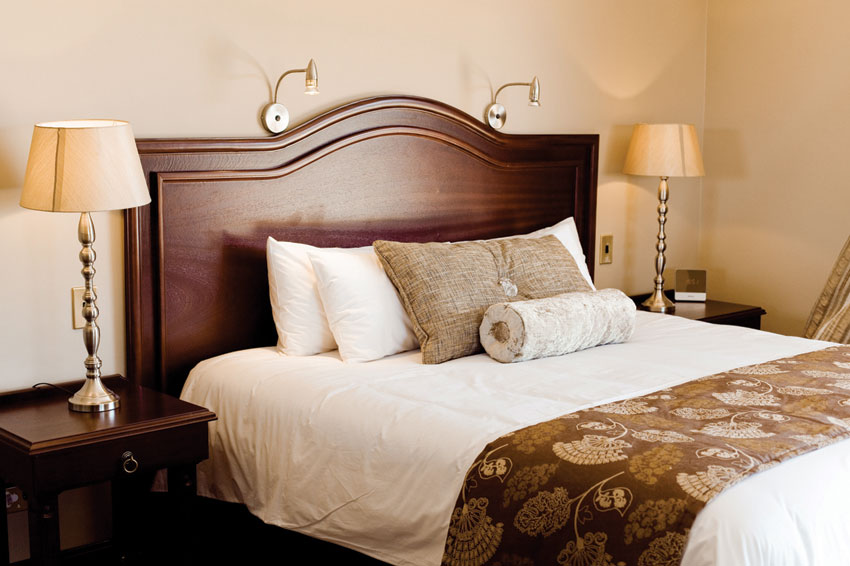 Over 15 000 head of game teem over the large Erindi Game Reserve, including rare and endangered species like white and black rhino.

The game reserve has hosted several teams from Animal Planet, a company that produces animal documentaries on wild animals. Researchers and conservationists live on the property to conduct research projects on leopard and cheetah.

The Old Traders Lodge was the first accommodation project to be completed. It offers 35 luxurious rooms, all with a view across a waterhole. The décor, which is stylish and upmarket, was designed by Paul’s wife and can be described as modern with an African touch.

The bedroom units include roll-in beds, air-conditioning, showers, baths, safes, satellite TV, hairdryers, fridges and kettles. There are two rooms for disabled guests and conference facilities for 20 people (which can be adapted to accommodate 60 people if requested).

Additional amenities at Erindi are a swimming pool, Internet access, a children’s playroom and a 1.7-kilometre airstrip.

Projects currently in the planning stages include the Erindi Private Game Reserve Lodge and tented camping for budget travellers.

Children of all ages are welcome at Erindi. Cuisine includes game dishes and the most delicious and tasty cakes and desserts. Experienced and well-trained guides who know the reserve like the backs of their hands, take guests on game drives in safe, well-maintained park vehicles.