“Adventure is in the air. Soaring over the dunes, gliding past the setting sun or floating over crashing waves, flying in Namibia is for those with a sense of adventure. Within hours, airplane passengers may see hundreds of elephants crossing the rivers in the Caprivi, gasp at the sheer size and beauty of the pan as they fly over Etosha National Park, and land at the coast in time to watch the sun set over the sea. Flying provides access and adventure, and is amazingly available to tourists.”

When time is of the essence, how do you plan your Namibian holiday without missing out on must-see destinations?

Easily is how. Allow yourself to be lifted on the wings of a light aircraft and transported over some of the most remote and least accessible corners of the country. You’ll experience a sense of ‘bird freedom’ and see the country from a new perspective, while gaining unbeatable memories for your list of adventure stories to tell the family back home.

From the harbour town of Lüderitz to flights over the huge sand sea up the Skeleton Coast; the vast shallow depression of the Etosha Pan; the far-removed north-west, home of the Himba people; and the magical red sands of Sossusvlei; we give you Namibia’s top five destinations to experience by air.

A desert sunrise with red-golden dunes that stretch as far as the eye can see, perhaps the odd desert-adapted gemsbok, and a recollection that will move you to tears, Sossusvlei remains a top destination on any tourist’s list. It’s not without reason that many say no part of the desert is visually more dramatic than Sossusvlei with its monumentally high dunes. These gigantic star-shaped mountains of sand – the height of one of the largest was measured as 325 metres – are a sought-after topic for artists and photographers. The warm tints of the red sands contrast vividly with the dazzling white surfaces of the large deflationary clay pans at their bases. One of these is Dead Pan, a large otherworldly expanse of dried white clay, speckled by skeletons of ancient camel-thorn trees that are carbon-dated as being between 500 and 600 years old.

Spending time with the ochre people

A matchless group of people characterised by their unusual sculptural beauty, proud yet friendly bearing, and tall, slender and statuesque physique, the Himba are a fascinating cultural group. A visit to a semi-nomadic Himba community allows a glimpse into a life that for most of us lies buried with our ancestors. The north-western region of our country, traditionally known as Kaokoland, is an outpost few tourists see because it is far off the beaten track and popular tourist routes, making it an area that is relatively unexplored and that provides much for the cultural follower and peace seekers. Kaokoland is one of the least-densely populated areas in Namibia, has a ratio of only one person to every two square kilometres, and hosts a varied landscape of rugged beauty and a captivating mystique.

A sweep of skeletons

Fascinating bird’s-eye views of shipwreck relics along the most inhospitable expanse of Namibia’s coastline, diverse and ever-changing geological formations, and the refuge of desert-dwelling animals such as the endangered black rhino and desert-adapted elephant – this is Namibia’s Skeleton Coast. So prime your camera and high-definition zoom lenses to capture a desolate coastline with its adjoining roaring dunes, the Ugab rock formations, colourful red lava and yellow sandstone of the Huab environs, ancient Bushman rock engravings, the living ‘fossil’ plant, Welwitschia mirabilis, the nomadic Himba people, and panoramic vistas of the Hartmann Valley. The Skeleton Coast Park protects about one third of Namibia’s coastline, hosting over a hundred species of lichen, the spectacular clay castles of the Hoarusib, the saltpans near the Agate Mountain and the seal colony at Cape Frio.

A day at Little Bay

The sheer isolation of Lüderitz alone makes it a destination worth exploring by aircraft. Add to this its colourful colonial-style buildings clinging onto the rocks overlooking the bay; the crisp, fresh climate and tales of windy blasts; an array of quaint fishing boats; the presence of seals and penguins in the cold Atlantic waters; and the ever-popular Kolmanskop ghost town; and you have the ideal setting for an other-worldly encounter.

What is today known as Lüderitz was historically called Angra Pequena (Little Bay) by the Portuguese explorers who happened upon it way back in 1488. An air-based trip to our southern-most coastal town is bound to include a bird’s-eye view of the Lüderitz Peninsula, characterised by numerous bays, lagoons and unspoilt stretches of beach. Then there are the pretty-much deserted (and interestingly named) islands of Plumpudding, Roastbeef, Halifax, Mercury, and Shark Island, the latter offering the option of spending the night amongst remnants of an unfortunate colonial history. Further south lies the old mining village of Pomona, while the Bogenfels Rock Arch is another must-see attraction. 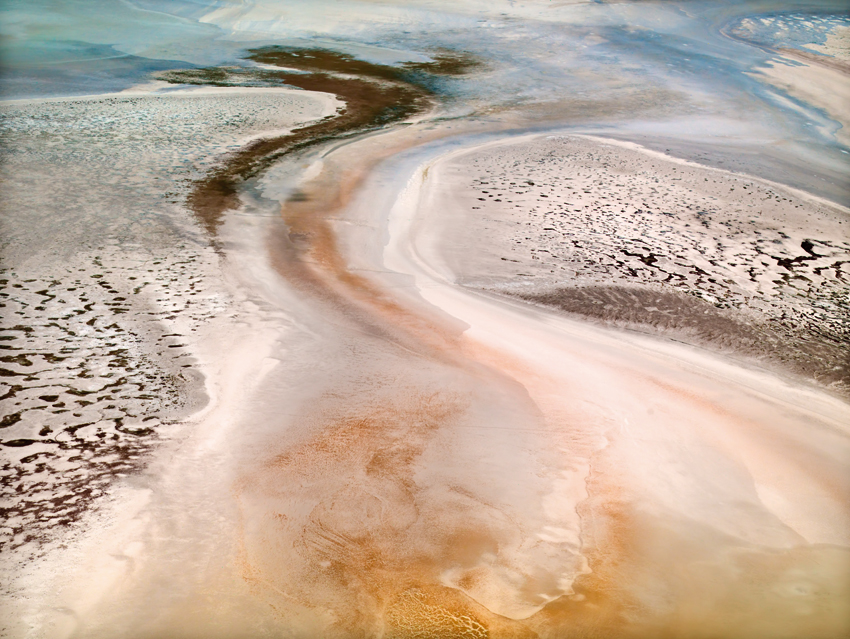 Etosha National Park is characterised by the 5 000 km2 white, chalky expanse known as the Etosha Pan. Once part of a vast inland lake fed by rivers from the north and east, it dried up roughly 120 million years ago as continental drift changed the slope of the land and the course of the tributaries. Naturally, Etosha is also the destination of choice for wildlife enthusiasts and photographers. As one of the largest game reserves in Africa, Etosha hosts 114 mammal species, of which several are rare and endangered, such as black rhino, cheetah and the lesser-known black-faced impala, which is endemic to north-western Namibia and south-western Angola, not to mention over 340 species of birds and a diverse set of vegetation zones ranging from dwarf-scrub savannah and grasslands, to mopane woodlands and the African moringa tree.