Wetland wildlife in the Zambezi region

Namibia | Living with the ovaHimba by Alegra Ally

Anja Denker, Namibian wildlife photographer and visual artist, visited Namibia's north-east, the Zambezi region, a place of unparalleled wildlife abundance and striking greenery juxtaposed against the rest of the country's arid, desert Eco-systems. Anja, with a skilled and knowledgeable eye, captured this lush and opulent Eden, shedding light on a road less travelled.

Anja Denker, Namibian wildlife photographer and visual artist, visited Namibia’s north-east, the Zambezi region, a place of unparalleled wildlife abundance and striking greenery juxtaposed against the rest of the country’s arid, desert Eco-systems. Anja, with a skilled and knowledgeable eye, captured this lush and opulent Eden, shedding light on a road less travelled.

In Anja’s words – “Somebody once told me that the “true Africa” only starts when you reach the Zambezi region – a prophecy I found to be so true on my first visit to the region in August 2012. Nothing could have prepared me for the complete contrast to the rest of Namibia; the abundant bird- and wildlife, lush green vegetation, stately trees and flowing rivers – an alien world and so very beautiful!”

In October 2013, Namibia’s former Caprivi strip had a change of name and is hence known as the Zambezi region – one of the 14 regions of Namibia.

Its varied habitats of riverine forests, woodland forests, grasslands and floodplains, as well as broad-leafed and acacia woodlands make it an absolute paradise for almost 70% of Namibia’s birdlife; over 400 species of birds alone.

Gliding along by boat in the various waterways on the Kwando river, I spotted the malachite kingfishers – bright little jewels in the dense papyrus reed banks, as well as purple swamphen, black crakes, African jacana, white-browed and coppery-tailed coucals, saddle-billed storks, open-billed storks, water thick-knees, various bee-eater species including the famous carmine bee-eaters which breed on the banks of the Kwando, to name but a few.

The raucous cry of the African Fish Eagle – described to me by somebody as a seagull on steroids sent regular shivers down my spine. White cattle egrets and red- and yellow-billed oxpeckers could regularly be seen hitching rides on hippo, buffalo and various antelopes.

Large herds of elephants and buffalo can be observed along the Kwando, Chobe and Zambezi rivers, making for a thrilling sight indeed.

Other attractions are hippo, rare glimpses of the semi-aquatic sitatunga antelope, as well as roan, sable and bushbuck. Other water-loving antelope include the lechwe, reedbuck and waterbuck.

The large carnivores are present as well of course and I was extremely lucky to come across two male lions near the horseshoe bend in one instance and a mating pair of lions in the other.

An unforgettable encounter proved to be a sighting of three wild dogs early one morning on the Horseshoe Bend. One of them was collared and favoured an injured front leg, whilst the other two frolicked and played exuberantly on the soft sand on the banks of the horseshoe. All three sported bloodied muzzles, indicating a recent kill.

The wildlife is protected by several national parks – the Bwabwata National Park for one, well-known for the popular Horseshoe bend which is situated on the eastern side; a piece of river that has been cut off in the shape of a horseshoe.

So different to the rest of Namibia and the iconic and seemingly more well-known and more frequented Etosha National Park – a visit to the Zambezi region should be on everybody’s agenda! 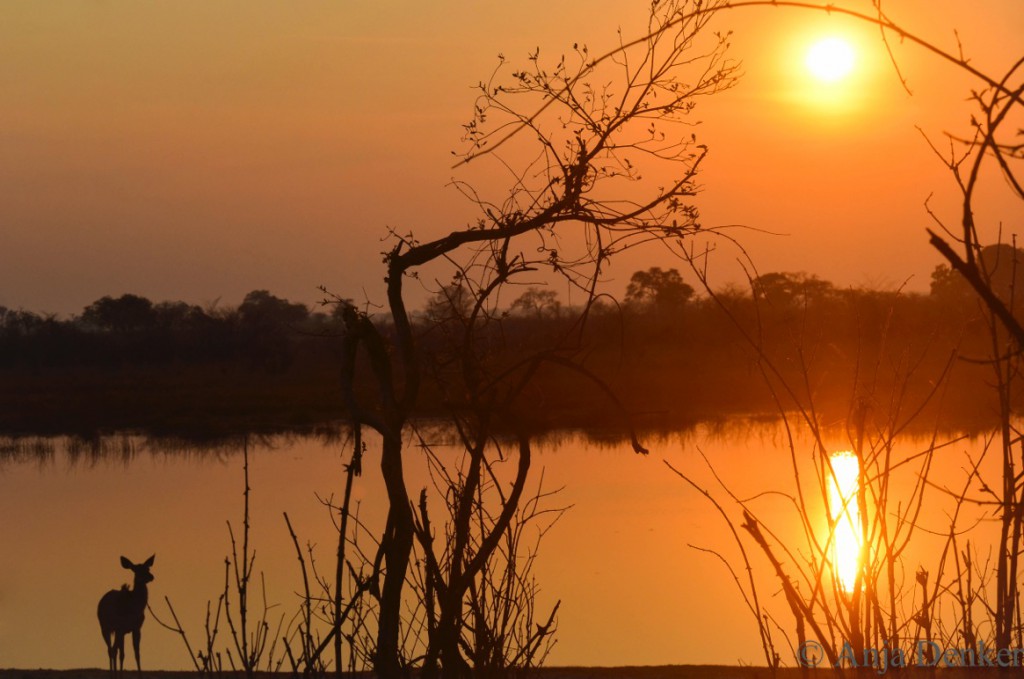 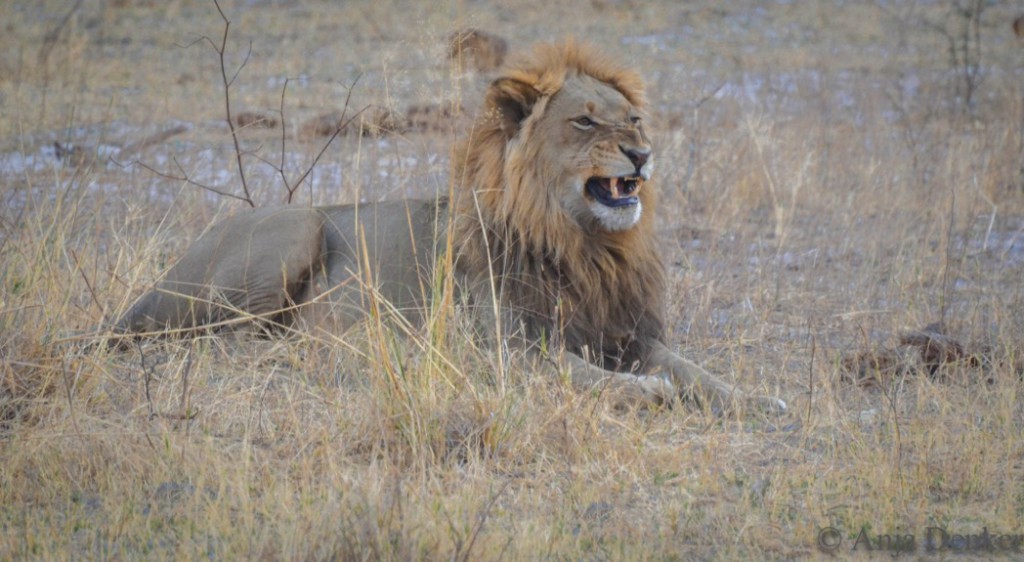 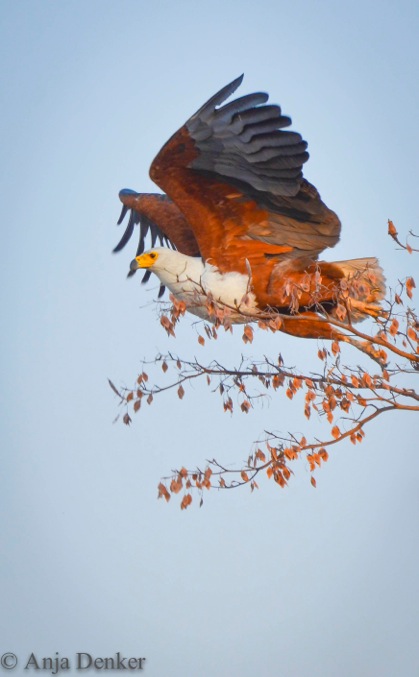 Anja Denker | A World in 3×4 Centimetres

Namibia’s National Parks: Where Do All the Skeletons Come From?