Namib-Skeleton Coast National Park: One of the largest parks in the world

Namib-Skeleton Coast National Park – The origins of the extraordinary

Namibia’s exciting ‘new’ national park – a consolidation of old and recently proclaimed protected areas, is on the cards.

“The proclamation of this protected area represents one of Namibia’s greatest conservation achievements since gaining independence in 1990, and one of the most exciting developments in the history of conservation in this country.” – Peter Tarr

It has provisionally been called the Namib–Skeleton Coast National Park, because both the Namib and the Skeleton Coast are already well known, not only in conservation and tourism circles but worldwide, and the brand is regarded as strong by existing and potential new investors. An official name will be announced soon, after more consultation and consideration.

The repackaged park stretches along the entire Namibian coastline, a distance of about 1 570 km, from the Orange River in the south to the Kunene River in the north (Figure 1). It comprises four main terrestrial Management Areas, the Sperrgebiet (name under review) in the south, the Namib-Naukluft, the Central Area and the Skeleton Coast.

In addition, the Ministry of Fisheries and Marine Resources recently obtained Cabinet approval to proclaim Namibia’s first Marine Protected Area, immediately adjacent to the Sperrgebiet and Namib-Naukluft Management Areas.  At its narrowest point in the Skeleton Coast, the park extends about 25 km inland, while at its widest in the Naukluft area it extends inland about 180 km to the top of the escarpment. Namibia is the only continental country in the world that will have its entire coastline protected as a national park.

The new park will be the 8th largest protected area in the world, the 6th largest terrestrial protected area globally and the largest park in Africa (see Table 1), covering an area of 10.754 million hectares, or 107 540 km2.

However, the Namib-Skeleton Coast National Park will not exist in isolation. In the south across the Orange River it borders on the Richtersveld in South Africa, which comprises a protected area of about 160 000 ha within a multiple-use buffer zone of about 398 425 ha. This whole area forms the Ai-Ais/Richtersveld Transfrontier Conservation Area (TFCA) under a formal co-operative agreement between the governments of Namibia and South Africa.

To the north across the Kunene River it joins the Iona National Park in Angola, which covers about 585 000 ha. The governments of Namibia and Angola have signed an agreement to promote transfrontier co-operation between these parks.

In Namibia the park is contiguous with a large number of protected areas, concessions, conservancies and private land managed for conservation. The extent of land under conservation, particularly private land, is constantly changing (increasing) and that, because there is no registration mechanism for private protected areas and game farms, the sizes below represent an absolute minimum area.

Table 1: The 10 largest protected areas in the world.

In total the ‘new’ park borders onto over 14 million ha of land and sea that is managed primarily for wildlife, biodiversity, conservation and tourism. Together this represents a contiguous area of almost 25 million ha.

One of the greatest challenges with potentially the greatest rewards is to develop effective, constructive and efficient co-management mechanisms across these land- and seascapes to optimise both the environmental (including biodiversity) and socioeconomic values, while at the same time using these open systems to (a) allow the historic movement and migration patterns of wildlife in response to the highly variable climatic conditions to become re-established, (b) mitigate and buffer the impacts of climate change and thereby make the area more resilient to change, and (c) create incentives for neighbouring landowners and custodians to become part of this conservation landscape, thereby further strengthening the contributions of the area to socioeconomic development and environmental conservation.

The proclamation of this protected area represents one of Namibia’s greatest conservation achievements since gaining independence in 1990, and one of the most exciting developments in the history of conservation in this country.

The park occupies the most arid lands in Africa south of the Sahara. Apart from the eastern edge of the Naukluft, the whole park falls below the 100 mm median annual rainfall isohyet with over 60% of the land area of the park falling below the 50 mm isohyet. In addition to the extremely low annual rainfall, it is also hugely variable with an annual coefficient of variation ranging typically from 80% to over 100%.

With its high evaporation rates and low rainfall, the park experiences an average water deficit of about 2 metres per year. In the north and central areas rain falls mainly in January to March, while in the Sperrgebiet rainfall is about equally unlikely in all months of the year. The fact that some rain falls in the winter months, derived from frontal weather passing the Cape, results in the succulent vegetation of this area.

The climate of the park is influenced mainly by the cold Benguela Current and the South Atlantic Anticyclone. Temperatures are generally moderate (average minimum and maximum temperatures during the coldest and hottest months respectively reflecting a range of about 7–32˚C), fog is frequent (about 125 days per year on the coast dropping to about 40 days per year 80 km inland) and wind is a dominant feature.

The southern part of the coast is a particularly high wind-energy area, especially in the summer months, with average daily speeds of over 40 km/h. These winds are mainly from the south and drive the Benguela Current northwards, carry sand from the shore into the adjacent land, particularly into the southern dune fields, and cause upwellings along the coast, which bring nutrient-rich water to the surface.

It is important to understand why the Namib is a desert. First, the cold waters of the Benguela Current cool the air so much that it cannot rise up and develop into large rain-bearing clouds. The sea air remains trapped in a layer from the sea to about 600 metres above sea level.

Moisture from the sea is seen only as low clouds and fog. Second, moist tropical air from the east and north has usually shed its moisture before reaching the Namib coastal areas. And even when rain-bearing clouds do approach, they are usually blocked by breezes from the sea that blow inland for some distance, often to the escarpment. And finally, any moist tropical air blowing towards the desert descends over the escarpment, warming and drying out as it sinks down. These factors all combine to make rainfall an unusual event in the Namib.

Table 2: Percentage of each biome contained within the park and within immediately contiguous conservation areas.

The new park covers the coastal biome and three terrestrial biomes, namely the hyper-arid Namib Desert, the Nama Karoo and the Succulent Karoo. The amount of each of these terrestrial biomes protected by the park is shown in Table 2. These biomes contain a number of different vegetation types and an even greater number of habitats.

The park contains a large number of globally significant features. The following are perhaps the most notable: 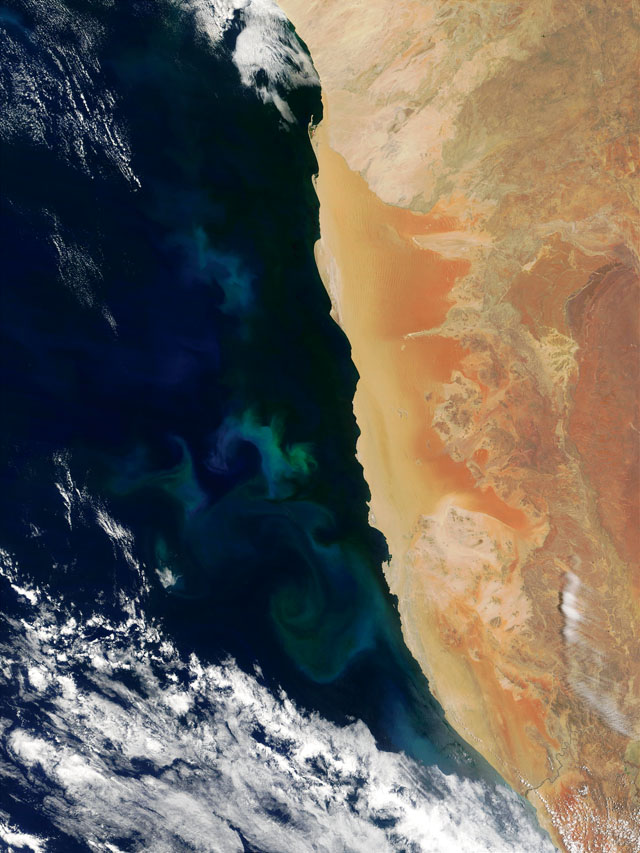 With these and many other attributes of the park and its adjacent areas, serious consideration should be given to seeking World Heritage Site status for the entire region (the park and selected adjacent areas). 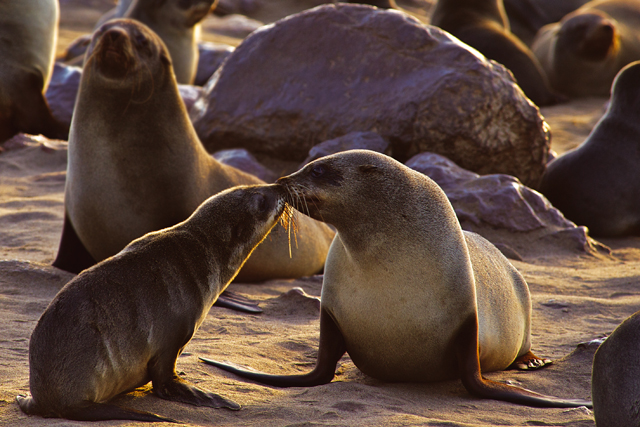 This would hugely increase its marketability, its ability to generate socioeconomic benefits and also assist with its management, without forfeiting any of the options that are currently, or may in future, become available.