Text and photos by Peter Cunningham

A red fortress-like sign with the imperative Welcome to Bethanie – enjoy your stay greets you as you enter town, whether from Helmeringhausen or Goageb. This, as the welcome sign implies, is Bethanie, where I have felt more at ease than in my hometown Welkom, due most probably to my small-town upbringing rather than any salacious interests.

‘Off the beaten track’ generally implies serious roughing it, such as dodging nimble elephants while driving in thick sand in 4×4 low-range at walking pace through the Khaudum Game Park. Bethanie, however, although not strictly in the middle of nowhere, can be equally isolated, not to mention challenging, to most tourists. This hot, dusty windblown one-donkey-cart town can look bleak and uninspiring to the less intrepid, but has it several jewels to offer, should you decide to slow down and not floor the accelerator through town.

On a recent visit to Bethanie I couldn’t help but admire the otherworldly resilience (or is it outright divinity?) of the early missionaries to Namibia. Coming from Europe and settling in a hut to spread the word of God to local tribes must have been exceedingly challenging, suggesting people made of sterner stuff than most of us are today. This now mainly bypassed and forgotten town has an interesting early history, chequered but nonetheless typical of the era.

Growing up in a similar small rural town, walking barefoot and shirtless through dusty streets, I remember being overawed by the imposing number of churches reeking fire and brimstone that dominated my youth. I was never quite sure whether this was caused by the lack of morals or the extreme virtue of the inhabitants of small towns during those days. Bethanie is no different. It is dominated by church steeples – modern and historical. 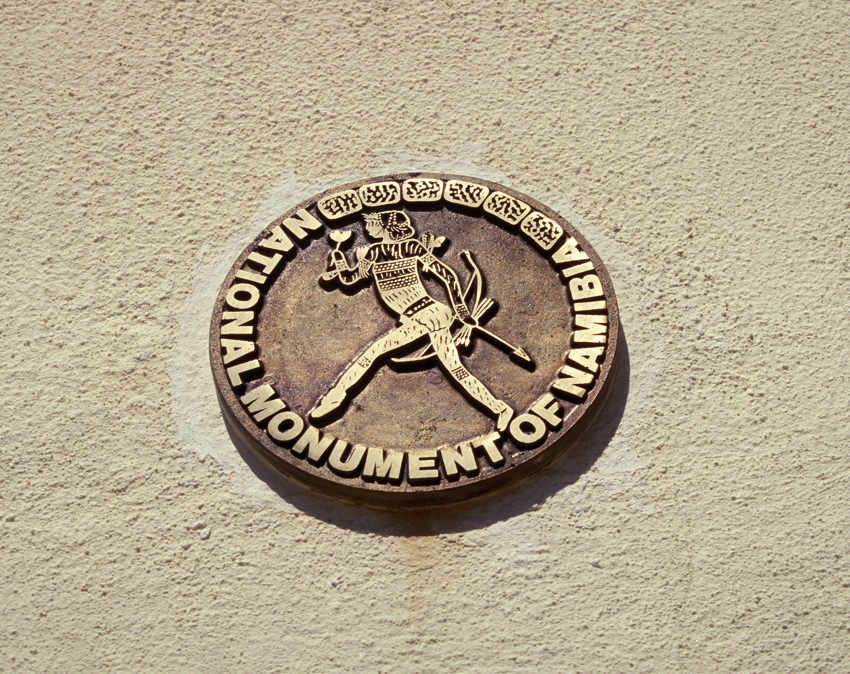 The twin-towered Rhenish Mission Society church, built and consecrated in 1859, was one of the first churches in Namibia. The twin towers were built to emulate a similar church in Unterbarmen, Germany, and it is the only twin-towered mission church in Namibia. Some of the early missionaries lie buried in the cemetery close by, attesting to the fact that Bethanie can keep you in its hold forever. Another impressive church nearby is the so-called Klipkerk (stone church) built in 1899, which relegated the twin-towers church to a school, a storeroom and, more recently, a national monument.

Two simple houses – both declared national monuments – of historic value are the intriguingly layered stone Josef Fredericks’ House in the main street and Schmelen House in the vicinity of the twin-tower church, which is regarded as the oldest existing building in Namibia. The then Nama captain, Josef Fredericks, was involved in the signing of the so-called first ‘protection treaty’ with the Germans in 1884, thus officially incorporating the territory around Bethanie into the German Protectorate, something the Namas would later come to regret. In 1883, in this same notorious dwelling, Josef Fredericks also signed away Angra Pequena (Lüderitz) to the German trader, Adolf Lüderitz.

Schmelen House dates back to the 1830s. It was built by Johan Schmelen of the London Missionary Society shortly after his arrival in Bethanie. With walls built of stone, clay bricks and cow dung and a clay-covered reed mat roof, this unimposing house is typical of the early pre-colonial architecture associated with Namibia. The house and adjacent land were eventually donated to the Rhenish Mission Society in the Hans Knudsen (1818–1863) era, during Knudsen’s stay as missionary after Schmelen’s departure from Bethanie in 1834. Both houses confirm the trying times and circumstances people had to contend with in early Namibia, making our modern gripes and complaints seem somewhat banal.

Bethanie is one of those places that, one way or another, inevitably have an effect on visitors, one that ranges from eliciting poetry from literary souls even when only marginally artistic to that of outright fright and a hasty stampede out of town. However, passing this town by would certainly detract historically from the adventures of those who claim to have seen it all.