Claudia Hangara has walked in the footsteps of her blind grandfather since she decided a decade and a half ago to open her own shop at the Namibia Craft Centre (NCC).

Despite his lack of sight, her grandfather and mentor loved to work with leather, creating all kinds of products from the malleable and endurable material. It was because of his passion that she ‘fell in love with leather’ and the idea of a leather-goods shop germinated.

Fifteen years ago, after noticing an opening in the market for leather products at the NCC, Claudia made the decision to open her own shop – Josephine’s Leather Work, Arts & Crafts, naming it after her first-born, a daughter.

She began by selling small items such as handbags, purses, jewellery and animals, which she handcrafted from leather. The business slowly expanded to include a broader variety of arts and crafts, such as wire animals, leather shoes, dolls, etched makalani key rings and bead products, which she sourced from other crafters, mostly women. As she progressed, her leatherwork became more intricate, including such items as leather frames and larger handbags. All the leather is sourced locally from Nakara, ensuring that the products remain 100% Namibian.

Hangara’s shop at the NCC supports Namibian women by selling and marketing their wares. Some are employed directly by assisting her to create the leather wares; others make use of the opportunity to sell their art and crafts via her stall. In this way, she enables Namibian women who are otherwise unable to pay rent for a space of their own to earn an income from tourism.

In her quest to market and sell the products of those needing a sales channel, she initiated an organisation called Khaimare [Stand Up] Women, to help Namibian women sell their products and generate much-needed cash to support their families. 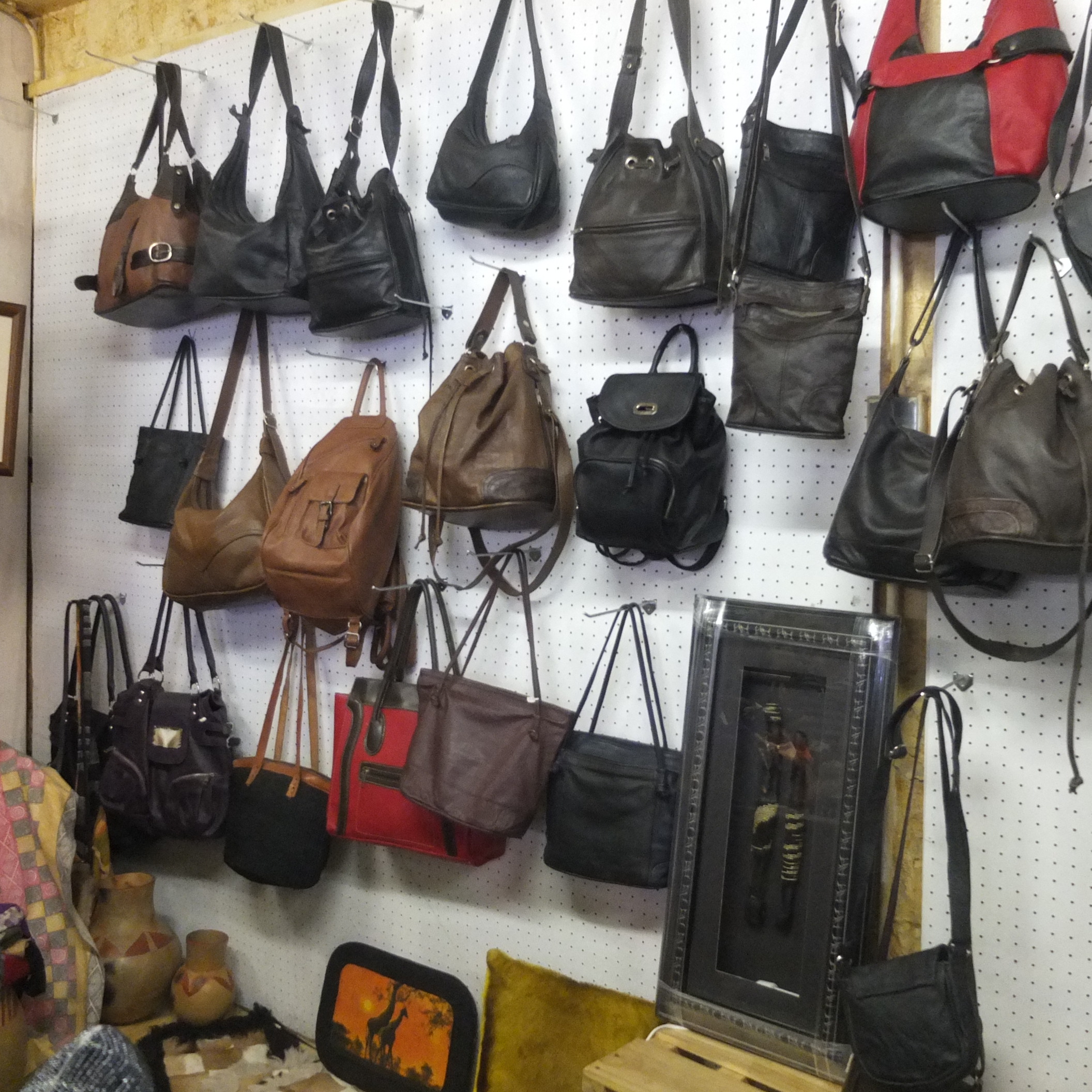 Enethe Alberta Muheua is one of the women whose handcrafted Herero dolls are displayed at Josephine’s Leatherworks, Arts & Crafts. The lower half of one of her legs was amputated after a snakebite that was not treated soon enough. Since then she has carved out a living by crafting the true-to-life Herero dolls. By displaying them in her stall, Claudia has provided Enethe with a much-needed marketing and sales platform.

Claudia praises the NCC, which has evolved into a must-go-to hub for Namibian art and crafts in Windhoek. Over the years, she says, she has become an experienced businesswoman, challenged by having to deal with the ups and downs of owning her own enterprise. “I’ve learnt a lot. Sometimes things are up, sometimes down, but somehow, in the end, we come through.”

She wants her shop to continue to grow and expand. She says it’s important to support businesses at the NCC, as each and every purchase contributes towards a job opportunity and an income for a Namibian woman.

Hangara loves her job. She loves the fact that the Namibia Craft Centre attracts people from all walks of life, affording her the opportunity to meet them and find out what their art and craft wishes are – which she can then hopefully fulfil.