Shipwrecks – A legacy of stricken vessels

Ramsar sites and rocky shores – Getting to know our coastal wetlands

Sperrgebiet – Un-forbidden territory? Not quite yet 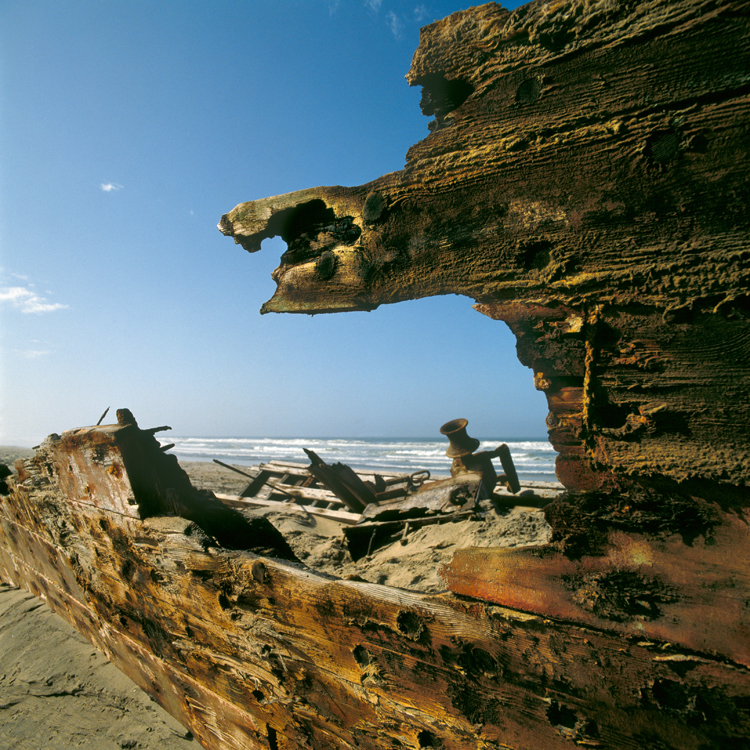 They heard the dreaded sound of keel rasping on submerged shoals as their trusty ships bedded on the desert shore in a fatal berthing. Little did the masters of those vessels realise that their tribulations would eventually supplement Namibia’s vital tourist trade a century or more later.

Survival was understandably the foremost thought of all souls aboard those stricken ships.

Often the terrible decision was whether to stay aboard and hope for rescue from a passing ship or defy the pounding surf and risk a raft, or swim ashore.

Neither prospect was appealing – staying aboard held the possibility of the ship breaking up and taking them down with it; the shoreline promised only stinging sand, raw wind and biting cold. They would be exposed to dank fogs and doused by a relentless sun.

Seaward, the south Atlantic offered little hope and landward lay a sea of sand, guaranteeing nothing but a waterless wasteland. Some survived; others died a lingering death on the legendary Coast of Skeletons. The ships they abandoned fused with the rocks or merged with the sand, and were gradually embraced by the desert.

Their holds released an array of merchandise ranging from gold coins to exquisite ornaments from the Orient, both useless to the castaways. Crew of the Cawdor Castle, run aground near Conception Bay in 1926, took little solace from the fact that they had with them several thousand cases of superior quality whisky with which to slake their thirsts!

In a frantic attempt to prevent her beaching, the captain ordered anchor thrown as he brought full reverse thrust to the engines. Chains and propellers were no match for the energy of the waves, which propelled the doomed ship shoreward.

Sand sucked up by the engines clogged the cooling system and the machines seized forever under their own heat.

All 30 passengers made landfall safely and reached the diamond diggers’ camp at Conception Bay some 10 kilometres to the north. From there they were taken by the salvage tug Otavi to the safety of Swakopmund five days later.

The Eduard Bohlen’s journey had not ended, however. She began a lingering ascent onto the beach, lifted by successive tides until she lay broadside to the pervading sou’wester. Time ticked away as winds patterned sand around the hull, cloaking it in a dune and gnawing at exposed metal, first polishing then replacing its sheen with drab corrosion.

Just as the sea had impelled her landwards, the sand began its advance, pushing back the waves in an inexorable rising tide of tiny grains. Metre by metre the ocean retreated and the Eduard Bohlen headed inland, sailing on a sea of sand.

She is now berthed 400 metres from the shoreline. Here she plays host and centre stage to tourists taking the extraordinary sand safari between Walvis Bay and Lüderitz. Small aircraft drone overhead whilst their guests capture the surreal scene below on camera before flying on to relax at their desert destination.

When humans depart the panorama after a brief visit, the Eduard Bohlen plays host to hyaenas that skulk in her shell and seabirds that roost in the beams. A vagrant spotted eagle owl has been seen inside her hull, blinking balefully at the intruders.

Shipwrecks don’t cease. The most modern electronic equipment sometimes gives way to wind and wave. The Suiderkus left Cape Town in 1976 on her maiden voyage to trawl in Namibian waters. She ended on the rocks at Möwe Bay, with a loss of N$3.6 million in the latest of navigational equipment and fittings.

A fishing trawler, the Elly, bonded with the beach near Sandwich Harbour in the 1990s. Within two years her sturdy hull was reduced to rusted spikes jutting above the breakers. 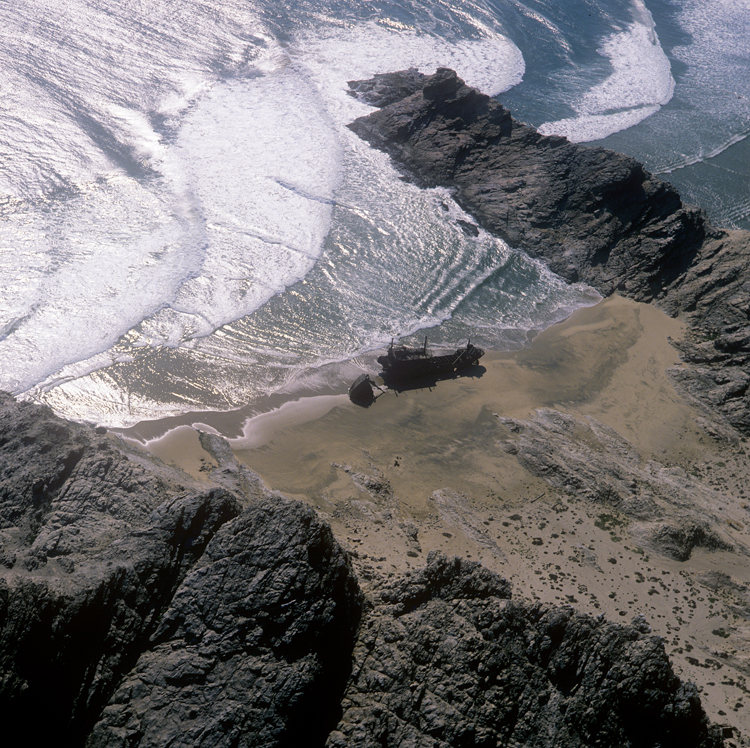 Just south of Swakopmund the hake-trawler Kolmanskop caused a spectacle in 2006 when she lodged between rocks after being driven ashore by 50-knot wind gusts that propelled her 20 kilometres from her mooring in Walvis Bay harbour. North of Wlotzkasbaken the trawler Zeila beached en route to India in 2008.

Both wrecks will make history by not succumbing totally to the elements. Instead, teams of divers are salvaging and removing their superstructures to one metre below the high-tide mark.

This follows a government decision that all ships coming ashore in future must be dismantled to avoid turning into a potential danger for people and to prevent further accumulation of wrecks along the coast.

Consequently, freshly wrecked ships will be briefly available as tourist attractions before modern salvaging methods strip them down to water level, leaving the sea to decompose their residues. This begs the question – which is more romantic: the Eduard Bohlen resting serenely on her final voyage or a mountain of metal on its way to the scrapyard?

This article appeared in the 2009/10 edition of Conservation and the Environment in Namibia.