RULES OF THE COMPETITION – Entries close on Tuesday, 5 March 2013 at 12h00. No late entries will be accepted. (The ingredients) 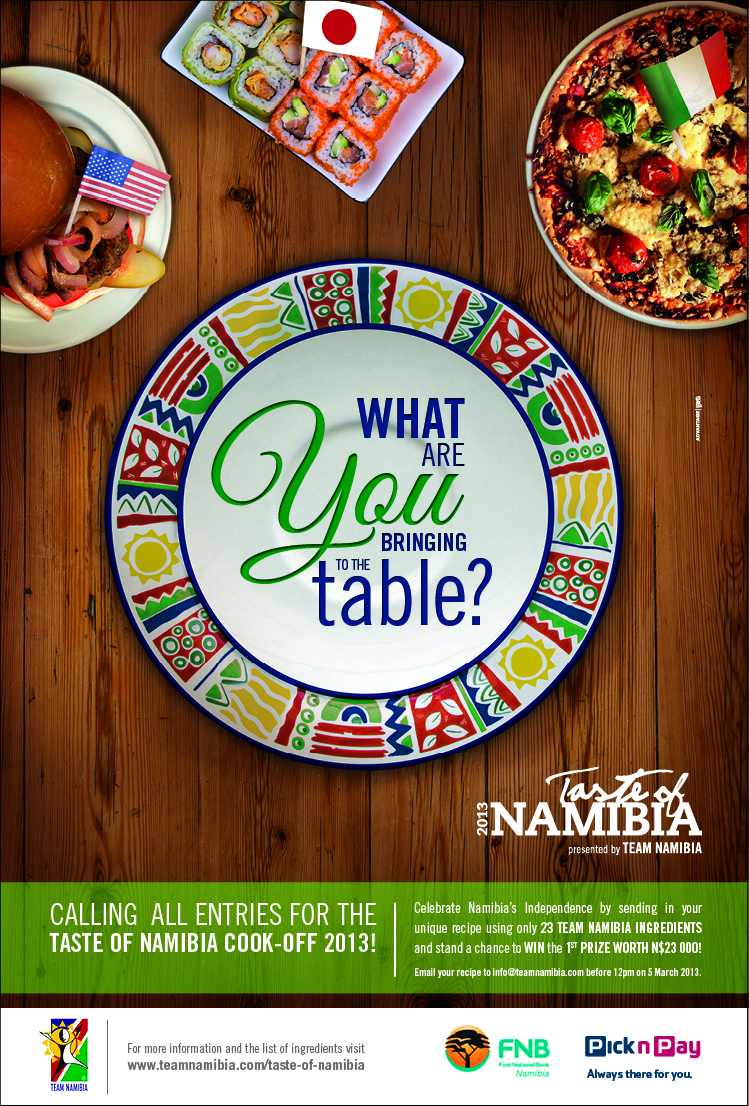 It is compulsory for contestants to make themselves available to participate in the:

HOW DOES THE SELECTION PROCESS WORK?

The following judges from the Namibian Chefs Association have been appointed to judge the Taste of Namibia competition:

The following Namibian food celebrities will be our compères at the cook-off finals on 23 March 2013: