The lekkerness of local – Be proudly Namibian

Key biodiversity vulnerability and landuse for the Central Namib

“Think of a choir. When everyone knows the words to a song, it is a beautiful harmony that touches your soul. But if every member of the choir were to sing a different song, there would be chaos and disharmony. Harmony makes the song instantly recognisable.”

A Practical Guide by the Namibia Tourism Board

Namibia’s rugged landscapes, its unspoilt natural environment, the soulful experience and liberating sense of freedom are what set this country apart from its African neighbours.

When the Namibia Tourism Board launched its Domestic Tourism Campaign six years ago, it caused a considerable stir within the industry. It gave Namibians the opportunity to take pride in travelling through their own country and developing a sense of nationhood and unity. Today the lekkerness of local is strong among consumers, culture devotees and landscape lovers throughout the length and breadth of the most sparsely populated country in Africa.

“Tourism is one of the main strategic sectors of our economy… Our protected areas are a national heritage that play the role of laboratories for biodiversity conservation and act as engines for socioeconomic development and empowerment of local communities. This remains the epicentre of tourism development.”

An achievement of which the entire population is extremely proud is the fact that Namibia was the first African country to incorporate protection of the environment into its constitution. The Government has reinforced this by giving our communities the opportunity and rights to manage their wildlife through communal conservancies. Today over 44% of Namibia’s land area falls under some form of conservation management.

Namibia is custodian to the largest free-roaming population of black rhinos and cheetahs in the world. It is the only country with an expanding population of free-roaming lions, and its elephant population more than doubled between 1995 and 2008. Namibia is acclaimed as ‘The greatest African wildlife recovery story over told’ and Namibians are justifiably proud of this achievement.

Namibia is furthermore on the forefront of producing some of the world’s top minerals and gemstones. Think uranium and diamonds (of which Namibia has the richest marine deposits worldwide), gold and silver, manganese and fluorspar, coal and copper. Namibia can also lay claim to being the home of pietersite, a mineral discovered on a farm by Sid Pieters in 1962. Also known as the Tempest Stone or Eagle’s Eye, pietersite is said to contain ‘the keys to the kingdom of heaven’. How lucky can we be?

Shaped by geological forces some 55 million years ago, the Namib is regarded as one of the oldest and largest sand deserts on earth, its name having been derived from the Nama word for vast. It extends for over 1 600 kilometres along the Atlantic coast, and is certainly an immense tract of sand – a paradise for adrenaline seekers wanting to experience sand-boarding and skiing down the slopes of some of the highest accumulations of sand on the planet! Fittingly, the Namib is host to one of the oldest plants in the world, the Welwitschia mirabilis, believed to have evolved during the Jurassic period.

What also makes Namibia so unusual is that it is one of the most politically and economically stable countries in the world, and one of the most technological advanced in Africa, having an up-to-date infrastructure that answers to all modern requirements.

The skies over Namibia are regarded among the best in the world for stargazing; Namibia’s capital is touted as the cleanest in Africa; the country is home to the world’s largest underground lake; it is guardian to the remains of the largest meteorite to ever have landed on earth; produces what is affectionately referred to as ‘the black diamond’ – Swakara’s top-quality karakul pelts that are showcased on the catwalks of the world, captivating and inspiring international fashion aficionados; and Namibia holds the record for manufacturing the largest sausage ever – produced in 1953, it weighed 160 kilograms!

Does this explain why Angelina Jolie and Brad Pitt chose to have their baby Shiloh born in Namibia, and substantiate why the couple continues to support local conservation and community projects?

“I started paying attention to Namibia’s many colourful people, from Herero women walking in the hot sun with their long layered skirts and horn-like headdresses, to the bird-like clicking language of the Ju/’hoansi San people. I came into contact with the desert-dwelling Himba, living simple lives in remote areas, the women with skin-wraps around their waists and painted with a mixture of butter fat and ochre from the earth.”

With a kaleidoscope of 13 ethnicities, 29 languages and a plethora of cultures and traditional ways of living, Namibia is a fascinating rainbow nation, hosting citizens from all walks of life. And the cherry on the top? Namibians are friendly, easily approachable and generous in sharing their culture.

Would you like a taste of the good life? Pay a visit to the Xwama Cultural Village in the bustling township of Katutura (see page ..) and sample some traditional Oshiwambo delicatessen, hospitality and customs. Or join a cycle tour with Anna Mafilwa’s Katutours, where you will be pumping pedals through the ‘hood’, as you emerge yourself in the local community.

Then there’s Rebekka Hidulika’s Fusion Restaurant in Windhoek West, where a selection of African-inspired dishes with a strong local flavour are prepared and served. Joe’s Beerhouse in Windhoek is another sought-after meeting place for those wanting to savour local game and meat specialities such as gemsbok, crocodile and ostrich, while Gathemann Restaurant specialises in Namibian haute cuisine prepared with local, seasonal ingredients such as Kalahari truffle, marula oil, maguni fruit, omajovas and unusual meat such giraffe,

“Team Namibia’s vision is to create a preference for Namibian products and services both locally and internationally, and to expand the economy by developing a sustainable manufacturing, industrial and business sector through garnering support for local products. When consumers see the Team Namibia or Naturally Namibian logos, they know the company or product has a commitment to Namibia, its people, its economy and its future.”

Inaugurated in 2003 and spearheaded by the Namibia Chamber of Commerce and Industry and the Namibian Manufacturing Association, Team Namibia has come a long way in promoting consumer preferences on local products and services. The main focus of Lizette and her team is to communicate the positive impact of keeping the Namibia dollar in the country. 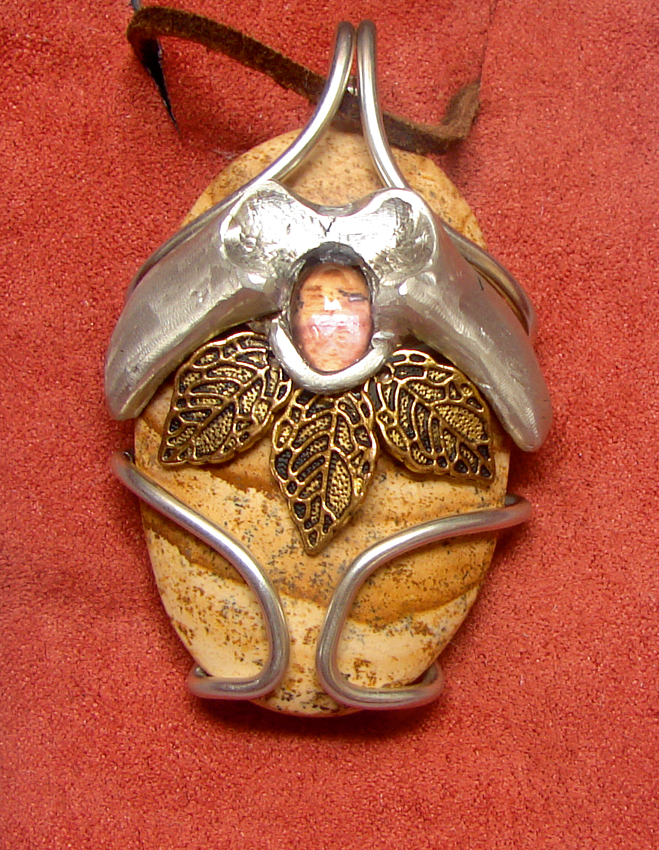 The Peace Collection is a producer of unique handmade jewellery

As part of the Team, the Peace Collection is a producer of unique handmade products that create awareness of Namibia and its people. Founded by local peace conveyer and community enhancer, Ricky Khaxab, the mission of this team is to help develop and promote cultural heritage through working with young men and women, educating them to attain self-sustainability and eradicate poverty. Says Ricky, “Let us take pride in what is locally lekker to each of us, as it tells the story of our heritage and roots. Supporting local products connects values, creates unity among our communities, changes mindsets and awakens pride. I am proudly Namibian!”

Namibia, the smiling face of Africa, stamping a local mark. Support it!