An ancient phone on a hilltop in a field of fairy circles. Tables of rock crystals lining the gravel road. An old German town sandwiched between sand dunes and an icy sea. African supermarkets that sell ‘brotchen’. Quiver-tree forests, animals and deserts. Where could this extraordinary ensemble be? Well Namibia, naturally.

Always enchanted by the original and unusual, Namibia delights me continually with her uniqueness. From sand roses to wood roses, delicate artwork painted on the fruit of the makalani palm and ostrich eggshell jewellery of the Ju//Huansi San people; to the painted-in-red-ochre beauties of Himba women wearing traditional wraps around their waists and huge cone-shell necklaces, poised and graceful in desert dwellings; and the long, multi-layered skirts and horn-like headdresses of the Herero women walking proudly down dusty roads in the sweltering heat. 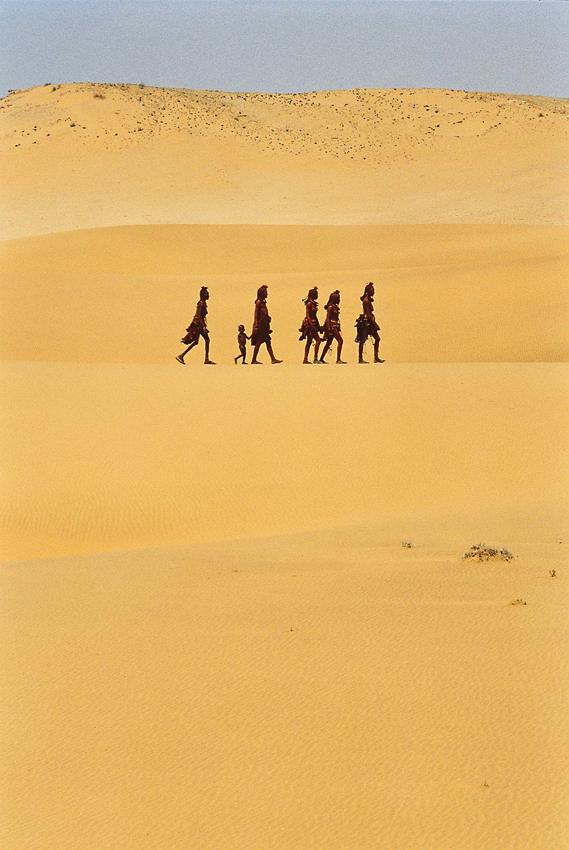 From roaring sand dunes, agates, seal colonies and desert-adapted elephants to the world’s second-largest canyon (with none of the tourist trappings). I gather images like handfuls of gemstones so abundant in this Namibian earth, treasures of time, shake them around in my hand and look down, dazzled by the collection before me, shining in bright colours and desert shades.

This is the land of big spaces, where landscape and sky blend together in an eternal embrace, and night skies sparkle with more stars in the heavens than you thought were possible.

Highlights of the country are seen by getting off the beaten track onto the gravel roads that spread like tributaries through the land.

In the north west they lead you to the Twyfelfontein rock engravings with their ancient symbols, living memories of a time and people past.

In the south they take you to the wild horses of Aus, whose origin stems from stock once stationed there by German troops, or possibly from animals set free from a desert castle when the owner was killed in a far-off war. 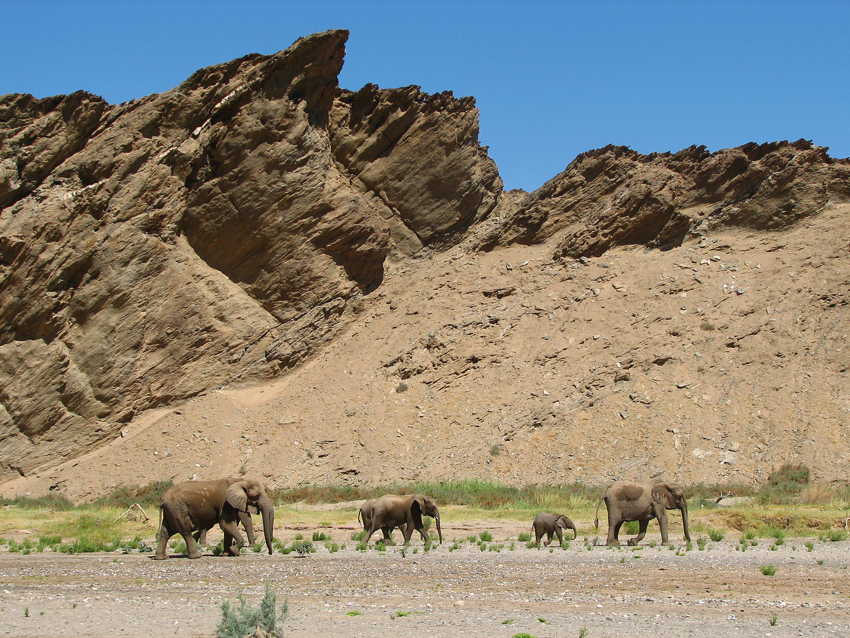 The gravel roads lead you through fields of fairy circles, forming rings in the grass in which no vegetation grows, explained as sites where toxic euphorbia plants once grew, or circles with a termite history or visitations from alien beings from other planets in the universe.

The Skeleton Coast is shrouded in mysteries all of its own, like the heavy mist that creeps in from the ocean at night, to the skeletons of whales and seals adorning the windswept Atlantic coastline, intermingling with wood remnants from old shipwrecks. The mystery holds a magic that history doesn’t have. The possibilities hold intrigue.

Free-ranging populations of prehistoric-looking black rhino, at one time close to extinction due to poaching, roam the red-rocky areas of Damaraland and desert-adapted elephant journey down the dry riverbeds in the northern reaches of the country, digging for underground water and feasting on river vegetation. Gemsbok with their long, straight horns are a spectacular sight on the top of sand dunes catching the slight breeze. Desert-adapted plants and insects drink the precious mist that floats from the ocean like manna from heaven, the animals having learnt the secrets of survival over the ages. 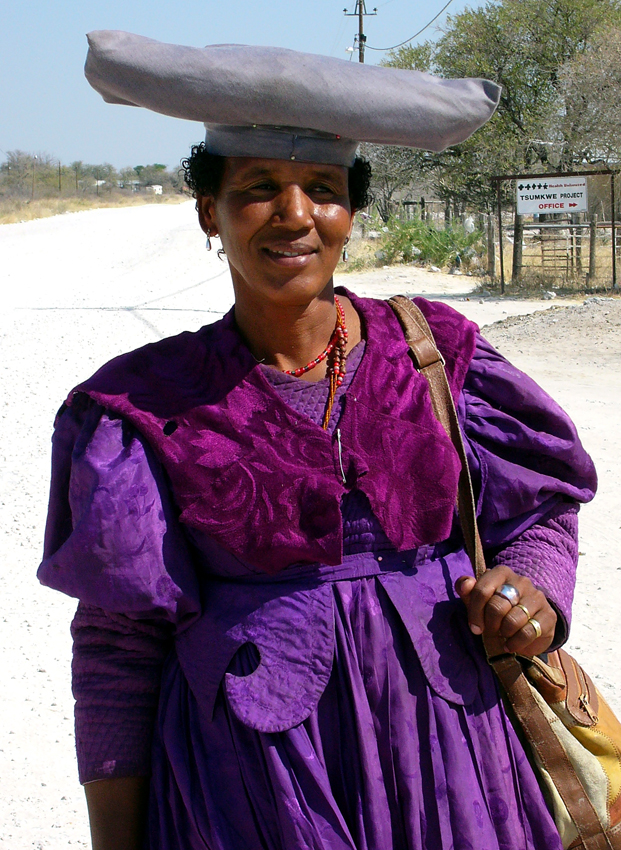 This is a country where waking up in the dark hours of the early morning is a top tourist attractions, as is driving to the monumental red sand dunes of the Sesriem-Sossusvlei area, climbing up with the chilly wind and waiting for the sunrise to colour the red sand gold. Time of transformation, this is the entertainment of the desert. The land can still amaze you.

The most massive celebration still is a year of good rains. These are the years that are spoken about for decades, the tales that grandmothers tell to their grandchildren, of the time when deserts bloomed and rivers ran into the sea. These are the blessings you receive in this whacky good land.

The unusual, the interesting the unique, the mystery.