What do you love about Namibia

I can think of many things I love about my adopted country Namibia. Wide, open spaces that make you feel empowered and insignificant in equal measure; the air that cools at sunset allowing you to breathe again after the heat of another intense, summer’s day; and the smiles of people who are private and open again, in equal measure.

But what I love most about Namibia is the sense of promise that is found here. Namibia is a country where individuals can – and do – make a difference.

This is in part a function of the small population in the country. We are only 2.2 million people, spread across a vast, demanding landscape. We know one another. We rely on one another to grow, to learn, to simply get through another day, and this, at the best of times, makes us accountable to one another.

But it is more than that. There is a tangible feeling in Namibia that nothing is insurmountable, that collectively we can make life better, and that this starts with individuals and their actions.

When you consider the challenges found in Namibia, there are examples of individuals making a difference everywhere. 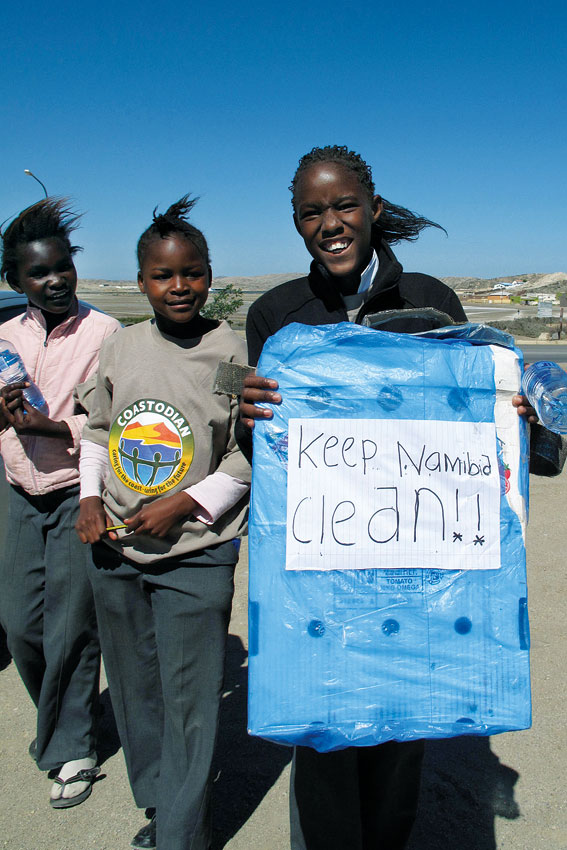 In conservation, Namibia has the largest free-roaming population of cheetah in the world; botanical biodiversity hotspots; internationally important wetlands; and a rhino population that is fiercely protected and, given the global decline of the species, under severe threat.

These achievements didn’t occur by accident or overnight. They are the result of politicians willing to take a stand and individuals or a group of individuals working hard to ensure positive change.

In Namibia, more than 17% of our land falls within national parks or areas protected in other ways, but this isn’t where most of our cheetahs are found. Cheetahs thrive on open savannahs, on land farmed by commercial and communal farmers. Here their existence has become dependent upon the combined forces of farmers who have become tolerant of their existence and conservationists dedicated to their survival.

The Hanssen family of the AfriCat Foundation; Laurie Marker, the founder of the Cheetah Conservation Fund (CCF), and Rudi and Marlice van Vuuren from the N/a’an ku sê Conservation Foundation, amongst others, reached out to farmers to work together to create a new mindset, one that allows farmers to farm and cheetahs to prosper at the same time. Whether it is injured cats that need a permanent home, or cats that can be released back into the wild, farmers and these organisations, and those who represent them, are working together to give cheetahs a fighting chance.

While South Africa is losing at least two rhinos a day to poachers, Namibians are fiercely protecting our population of these extraordinary creatures. Trackers from Save the Rhino Trust, communal conservancies, the Integrated Rural Development and Nature Conservation (IRDNC), the Ministry of Environment and Tourism (MET) and individual farm owners, managers and labourers have banded together to take a firm stand, declaring that this carnage won’t happen here. Because one leak to a potential poacher could change the course for the future of the species in Namibia, there is a dependency and a shared belief that we will maintain our commitment to protect our rhino over what could be huge, yet temporary individual financial gain.

On a basic human level, Namibians and international volunteers have banded together to run soup kitchens, pre-primary schools, orphanages and employment centres that make a difference in the lives of Namibians.

Beautiful Kidz in Katutura provides pre-primary education to the poorest of the poor, as well as after-school activities, which help older children find a safe, protective place in the world in which to expand their horizons. At Mangetti Dune, Melitta Bosshart, a doctor who arrived in Namibia with the UN forces prior to independence, opened her home to San (Bushman) children who had nowhere else to go. Today, Casa Angelo, the orphanage she founded, is home to about 30 children.

In Windhoek, the Men on the Side of the Road (MSR) project works with semi- and unskilled men to enable them to gain saleable skills and start on the path to self-sustainability or employment. Hilya Kambanda, Tomas Shilongo and Janet Wicks from MSR work with these men to gather information on their skills, to reach out to potential employers and help to facilitate change in Namibia by connecting the unemployed with job and training opportunities.

For every name that I’ve mentioned, there are thousands more individuals in Namibia working to make a difference. One may be sitting beside you on this very Air Namibia flight.

After your visit to Namibia, you will become one of them too, a passionate believer in the good of our country, its people and its many possibilities.