Some people’s passion for their work shines through so strongly it is immediately recognisable. One such person is Dave Cole, who has worked with Namibia’s indigenous plants for more than two decades. Dave’s passion has endured several challenges in the field of Namibian indigenous plants, where he has played a pivotal role in researching and marketing their products to the world.

A highlight has been the recently launched book on the commercialisation of these plant products, as part of the MCA Namibia INP Activity where he has been the Manager of the INP Activity for the last five years. Dave, who was the principle initiator of this book, comments that the main purpose of the book, a first of its kind in Namibia, is to open up this little-known sector to policy makers, the general public, learners and students. The book tells the story of the importance of INPs to Namibia’s biodiversity, as well as the important contribution that the involvement in the trade can make to the livelihoods of many rural harvesters throughout Namibia.

Originally from South Africa, Dave came to Namibia in 1988 and soon put roots down in his adopted country. His work in Namibia began as a lecturer in sociology at the Academy, but because he was torn between academics and the practical aspect of his work, he soon gravitated to a job in natural development, where he would have a more hands-on approach. 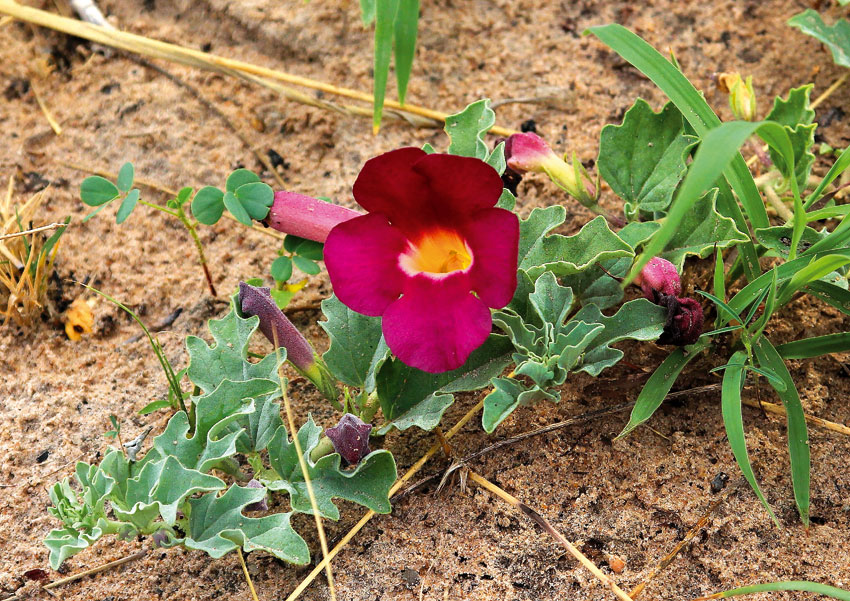 He was then recruited to relocate to the Kavango Region to research socio-economic issues in the Mangetti National Park, and at this stage became involved in the indigenous plant field. His work in this discipline was satisfactory on two levels: he was now working closely with rural communities, and he had put the daily drudgery of office life behind him. “My favourite aspect of the job is when I talk to rural producers. It reminds me of the realities we face. It’s a humbling experience. Let’s not be romantic about the issues facing them. They have to be tough. This is what keeps me going. For me it’s about the people. They teach me a lot. They help me see things in a different perspective.”

Working with indigenous plant products revolves mainly around two issues: conserving the environment and biodiversity, and finding ways in which rural communities can generate additional income from their natural environment. It’s not only about protecting the environment purely for the sake of protecting it, Dave explains, but also “…about the people living in these areas, because they are its custodians.”

He says the protection of the environment does not exist in a vacuum, but is linked to other important issues. “Unless we address issues around poverty, we will never manage to look after the environment effectively.”

The indigenous plant-resource industry is based on the same environmental principles that govern wildlife conservation efforts in Namibia: “If we don’t put a value to resources, we won’t be able to safeguard them either.”

While working in the Kavango Region, Dave joined the Centre for Research Information Action for Development in Africa (CRIAA), an NGO that played an instrumental role in Namibia in researching and promoting indigenous plant products, especially devil’s claw.

Dave explains that while devil’s claw had been exported since the sixties, Namibia only really began looking at its commercialisation in 2000, and also at the possibilities of other indigenous plants and their products.

The Namibian Government helped to form a structure of organised stakeholders and launched the Indigenous Plant Task Team (IPTT), which still operates today. The IPTT is partially funded by the Ministry of Agriculture, and is managed by a multi-stakeholder body that coordinates aspects related to indigenous plant products in Namibia.

For more than a decade, Namibia has been exporting a variety of natural plant products, most of which for use in cosmetics and fragrances. Dave explains that a great deal of work has gone into organising producer groups across Namibia, creating supply chains, and putting quality controls in place. Product development and marketing remain high on the agenda.

A good example is that today marula oil is being used globally in more than 300 products, and all this oil is sourced from Namibia. Body Shop has developed close ties with local producer groups. This relationship remains an example of good teamwork that benefits all parties.

What does all this mean to the people doing the hard work on the ground by harvesting the plant products? “Natural products will never equal a salary for a harvester. All it can amount to is a supplementary income, albeit a very important one, considering that most harvesters are rural women and the ‘poorest of the poor’,” Dave explains.

This is because harvests are linked to natural factors, such as seasonality and availability, which depend largely on rain and other environmental elements outside of the control of people. Nevertheless, the income derived from harvests has to be seen as a very important contribution to incomes.

Dave and his colleagues from various NGOs in Namibia are continually researching potentially new plant products, to afford more Namibians the opportunity to benefit from their environment. But it’s a long, labour-intensive process, from the initial studies to when the final product is on the shelf. “When you find something has a useful property, it can take between five to ten years to commercialise it.”

These days, as the manager of the indigenous natural products activity at the Millennium Challenge Account – Namibia (MCA–Namibia), Dave spends a lot of time investigating the issue of consistent supply volumes, to ensure that Namibia is able to meet the demands of buyers.

Several issues have to be addressed, such as the role environmental factors play in the availability of plants, and the fact that harvesters in rural areas cannot focus on harvesting alone. “Things such as planting fields, for example. They have other jobs, so they can’t focus only on this.”

Also, local value addition remains tricky. To boost internal value addition, demand for the products locally has to increase. At present this is not happening. Dave explains: “Most products are semi-processed in Namibia and then exported, as the local market is too small to absorb the volumes being produced. It is a question of pricing. Namibia’s niche market for high-end natural products is small.”

Dave does not, however, dismiss the local market. Last year the MCA and the Natural Resources Institute ran a competition in which local organisers were challenged to present their products, mainly cosmetics created using commiphora essential oils. Nine local organisations took part, showcasing more than 40 products.

After the harvest … Photo ©Jana-Mari Smith

What would Dave like to see happening in future? “Improved organisation amongst producers and more variety and quantity of products, but with some kind of assurance or security of market access, so that producers know how much to produce and have a guarantee that they can sell their harvests. Another issue would be to improve the terms of trade. Not just the price, but sticking to projections of what they need.”

Things are looking good though. In 2012, the 23 devil’s-claw harvester groups who work with Dave and his colleagues produced 215 tons of dried devil’s claw. In total, Namibia exported 540 tons. In total the 2 000 harvesters from the 23 groups raked in a direct income of N$4.5 million, which translates as a tidy sum for each harvester

Dave remains in awe of the communities he works with. “I’m always surprised by the level of commitment and dedication they show under the most adverse conditions. The level of effort people put into ensuring it’s a good product astounds me.”

He says the ultimate goal is having communities take ownership of their resources. “Seeing this happen gives me the encouragement to continue.”