Get your ducks in a row – Birding with Pompie

Dolomite Camp, which opened mid-2011, is in the previously restricted western third of the park, where animals abound. Built by the hand atop a dolomite ridge, Dolomite offers panoramic views unique in Etosha. The ecologically designed thatch-roofed chalets blend into the mountaintop, creating a sense of being one with nature. Three of the twenty chalets are deluxe, with their own plunge pools. One chalet was designed for the physically challenged. There is a large pool at the camp, with several pavilions and other structures, such as a fireside boma for game viewing, dining and relaxing. There are more than 15 waterholes in the vicinity of Dolomite Camp and game drives are organised for venture into areas of the park that have been closed to visitors for fifty years. Etosha’s western entrance (Galton Gate) is currently accessible only to those lodging at Dolomite Camp. Distances between Dolomite Camp and the other rest camp in Etosha are Okaukuejo Camp (180km), Halali Camp (250km), Namutoni Camp (320km) and Onkoshi Camp (350km). 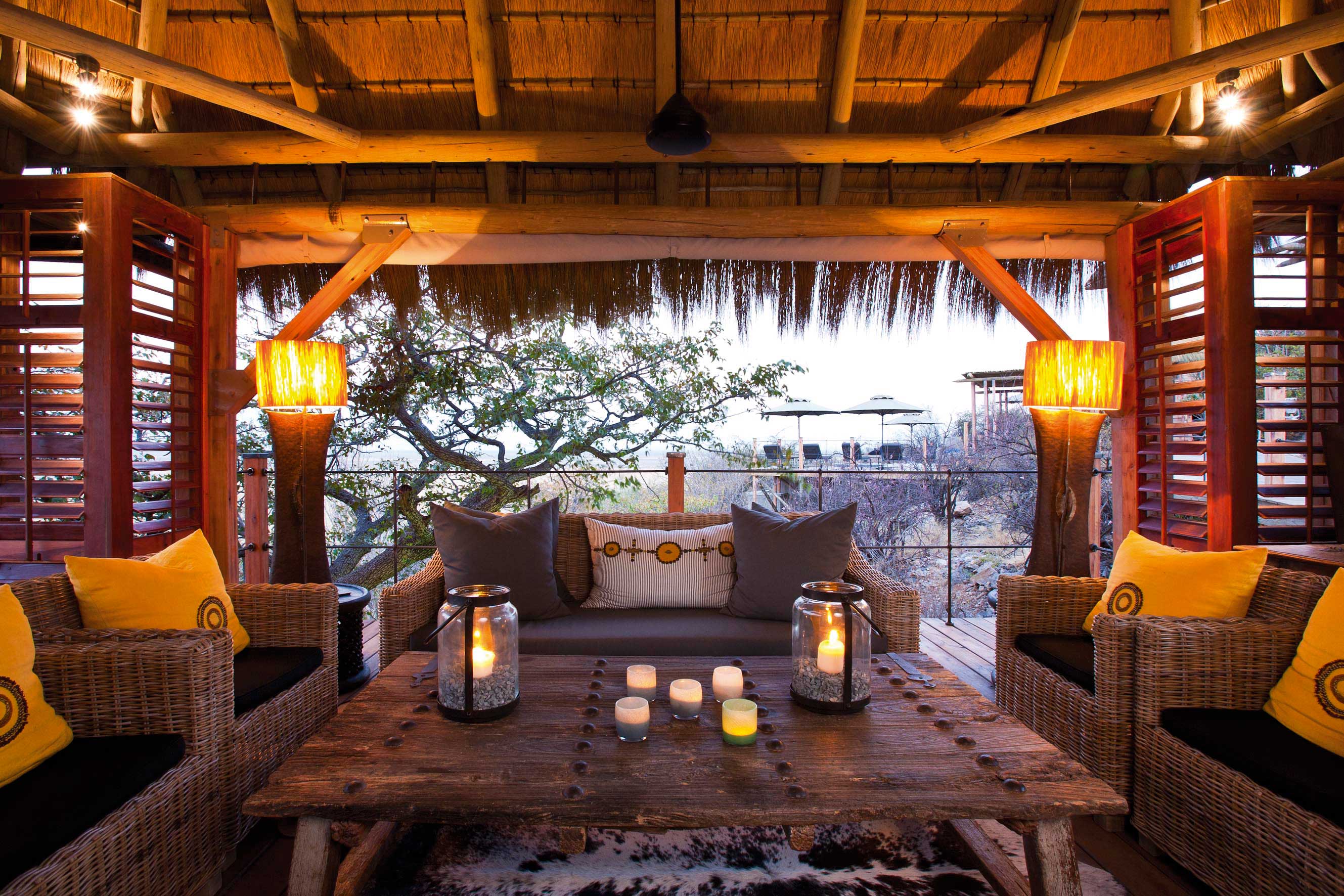