I stood in awe in the doorway, staring at the sand that had swallowed up what must have once been a master bedroom.

“It’s like walking through a Salvador Dahli painting,” I said aloud, Zach agreeing in just as much awe.

“This is awesome,” he said.

We were in Kolmanskop (Coleman’s Hill in German), a small ghost town that had once been a thriving diamond mining community. It had it’s own ice factory, general store, a 200-bed hospital, power station, skittle alley, theater, casino and was the first place in the Southern Hemisphere to have an X-ray machine.

The town was named after Johnny Coleman who abandoned his ox wagon during a sand storm on the outskirts of Lüderitz. In 1909 Zacharias Lewala, a local worker, discovered a diamond in the area. He showed it to his supervisor, a German named August Stauch and thus the diamond rush of the early 20th century began. Back then, diamonds were literally just lying on the surface.

But as with most natural resources, the diamonds were exhausted pretty quickly and by 1954 the town was abandoned like an unwanted newborn. The Namib Desert, one of the oldest and driest deserts on the planet, slowly reclaimed the town as strong winds pushed the sand dunes into the houses, breaking windows, doors and drowning the homes, hospital and anything the sand could get into. 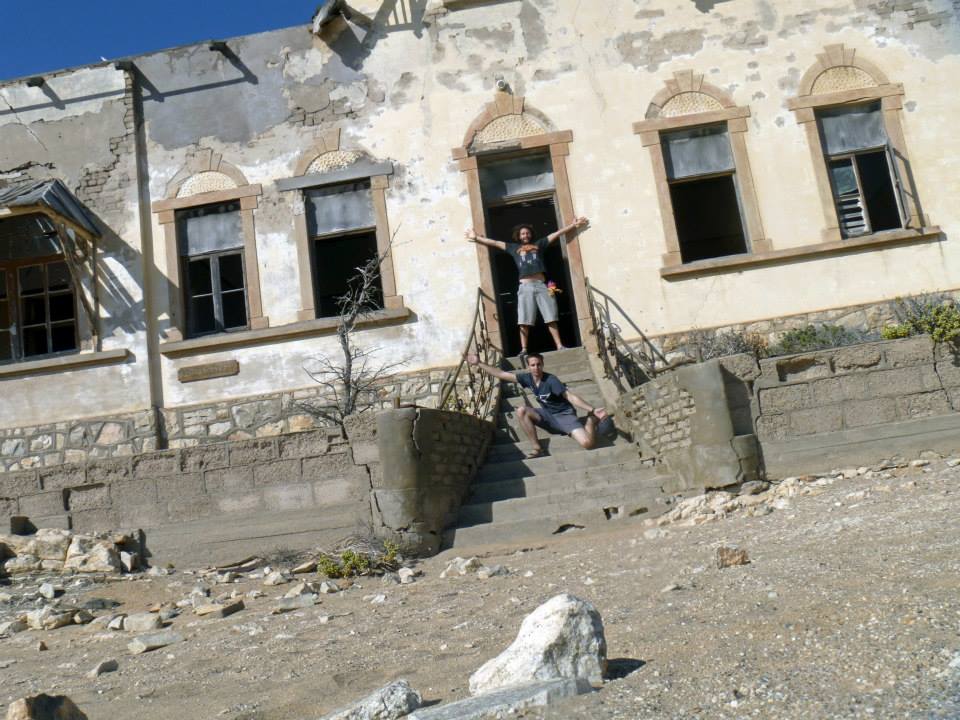 It’s now a major tourist attraction and a great place for photographers seeking that surreal experience. Entrance is $75 Namibian dollars ($7.50) and for an extra $25 ND ($2.50) you can join either the 9 AM or 11 AM tours and refresh yourself with a cool milkshake or whatever beverage fancies you in the old ballroom.

Now, if you’ll excuse me, I need to shower out half the Namib Desert from the crack of my ass.

The road to everywhere

A pink punk hairstyle, big round eyes and a permanent smile are just some of the distinctive features of Simon’s travel buddy, Animal. Animal has criss-crossed Namibia alongside Simon and here Simon tells of how they met …

My brother used to live in New York back in 2002. I flew over (this was pre-nomadic, no flying era) to visit him and he took me to New Jersey for a fun day at the Six Flags amusement park. Walking around the game stalls I made eye-contact with Animal who seemed to be begging me to free him.

Check out that animal

“What-ta I have to do to get Animal?” I asked the operator.
“Just knock down the cans with this baseball,” he said, handing me the ball.
On my first shot I blasted those cans into the back wall.

“Release Animal,” I demanded and he’s been with me ever since.
Because he’s crazy (his character is based on Led Zeppelin’s drummer, John ‘Bono’ Bonham) and we’re both musicians (he plays drums for the Muppet band while I jam on guitar) he represents my crazy side. 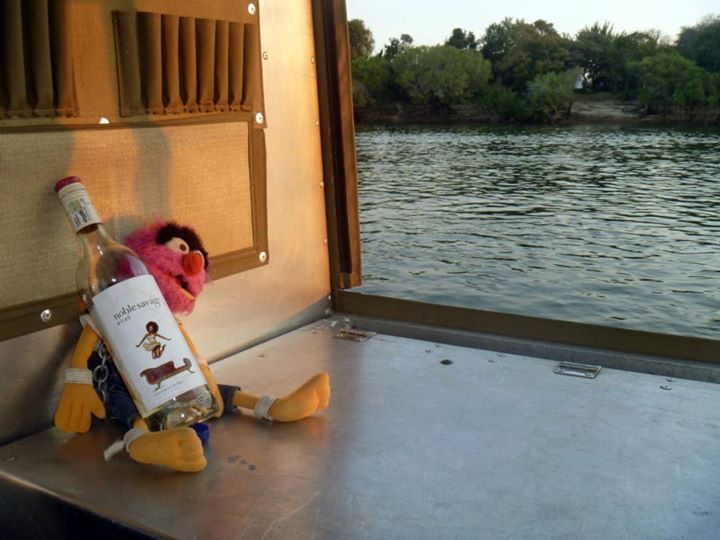 As I was packing for my nomadic ways I asked him if he wanted to come along. He grinned and nodded ripping out a drum solo. We’ve been inseparable ever since.

This Nomadic Writer and his buddy Animal are on a truly unique journey, which includes a system of bartering in exchange for a global adventure of note (he’s not that into money). Simon lives by only a few rules, which include, in his own words, the following:

We are only too happy to provide a platform for the Writing Nomad and are quite chuffed that he chose Namibia as one of his destinations on this journey.

IN HIS OWN WORDS

After slaving away in various employment opportunities since finishing high school, I realised my calling was to be an adventure traveller. The lack of funds (the exact words on my bank statement) was not an issue as the concept of bartering crept its way into my head and that’s how I’ve been travelling for more than a year now.

The Nomadic Diaries is a platform created to share my experiences as I barter my way around the globe without flying, exchanging what little work skills I have for food, shelter and passage; volunteering where I can with wildlife conservation and local communities.

There is no time limit; there are no restrictions (besides flying). Life is one shot. No more, no less. Go live it. Let the adventures unfold.