Did you know? – Miscellaneous facts on Africa

Nakara: Tannery of the Year Awards 2011

Hundreds of litres of beer, oompah tunes and entertainment of the highest order are on the agenda when the annual Windhoek Carnival season starts on Saturday 6 April. In true carnival tradition, BIWAK – the prelude to WIKA, as the Windhoek Carnival is affectionately known – begins at 11:11.

This year’s carnival will keep revellers entertained and their livers in need of sound medical attention, as events extend over an entire month! The theme for WIKA 2013 – Es läuft alles wie geschmiert – can be loosely translated as “Everything’s running as if well oiled”, attesting to the fact that local Karnivalisten have practised for many decades to ensure that all the events run smoothly.

Since the day WIKA was introduced 61 years ago, it has been a highlight on Windhoek’s social calendar. An impressive 800 guests attended the first carnival event – a masked ball – on 1 May 1953. The day started with a street parade of eight floats, while the Elferrat and the Royal Couple, Hanjo I von Drukeratien (Huhn) and Erika I (Wesener), ruled the roost.

Held at the former venue of SKW (Sport Klub Windhoek) in Mandume Ndemufayo Avenue where Fruit & Veg City is located today, a cold buffet was prepared and served, and additional bars were assembled and manned by the club’s sport division. A week before the ball, masks and hats were sold in lieu of tickets.

At that stage the SKW’s ‘big’ hall could accommodate only 360 guests, and tables and chairs were so close together that waiters had great difficulty serving the guests. In those years the police allowed a party to continue only until 02:00, as overtime became rather expensive later than that. As it was, extending the carnival festivities from 00:00 to 02:00 cost an additional 100 South African pounds, which was a great deal of money in those days.

However, not even the extra expense could dampen the spirits of Helmut ‘Finko’ Finkeldey and Fritz Kaufmann, whose brainchild it was to start the Windhoek Carnival. And so, based on the success of the first carnival, plans were soon being hatched for the 2nd event, which took place on 23 April 1954. This time 1 200 revellers partied the night away.

As Finko writes in his autobiography, which was published in 2011, those first two carnivals set the tone for many more to come. Still, it took many hands and minds to create the success of today’s WIKA, and Finko pays homage to individuals such as Willi Rosenschon, Lutz Breitenstein, Karli Zimmer, Willi Frewer, Heiner Meinert, Basie Herberger and Horst Oppel.

Today, at over 90 years young, Finko is the only surviving founding member of WIKA.

Over the years the way the carnival has been presented has changed several times, but the credo has remained the same: to keep it as close to the carnivals held in Germany as possible. This includes having a royal couple, royal guards, a jester and a Bütt – the rostrum that looks like half a beer vat in which the speaker stands when mocking everyone and everything.

These days WIKA boasts three royal ‘gardes’ (guards), around 30 committee members who organise the festivities, and many others who help behind the scenes on a voluntary basis.

As in German carnival lore, here too there is much focus on the magical number 11 (elf in German), including the Elferrat (the carnival committee), which consists of eleven members, and that the various events start at eleven minutes past the hour.

When asked why the Windhoek Carnival is still as successful as ever, committee president Holger Mentzel says he thinks it’s because merry-makers have joined forces to keep the tradition going. “And they do it for fun! We can be glad that WIKA – well, actually all other carnival associations here as well – have been accepted in Namibia. It’s unfortunate that the number of German visitors to the carnival has dwindled over the last few years. But on the plus side, there is more and more interest from the English- and Afrikaans-speaking communities.”

When it comes to the choice of who the royal couple will be, there is always much debate and excitement, but two things are essential: both the prince and princess must be eloquent and they must be relatively well-known. A good example is Michelle McLean, who was not only Miss Namibia in the early 1990s, but also Namibia’s Miss Universe. She was elected WIKA princess in 1992.

Last year’s reigning couple, Princess Steffie (Mohrmann) and Prince Eddie (Hälbich) will be bidding their fond farewells at the Prinzenball on 12 April, where the new Prince and Princess will be announced. Until then though, their identities will remain a closely guarded secret.

Following the street procession on 13 April, revellers will gather at the SKW in Olympia for a traditional Frühschoppen, setting the festive tone for the next few weeks. For further information, to book tickets and for prices, visit www.windhoek-karneval.com. 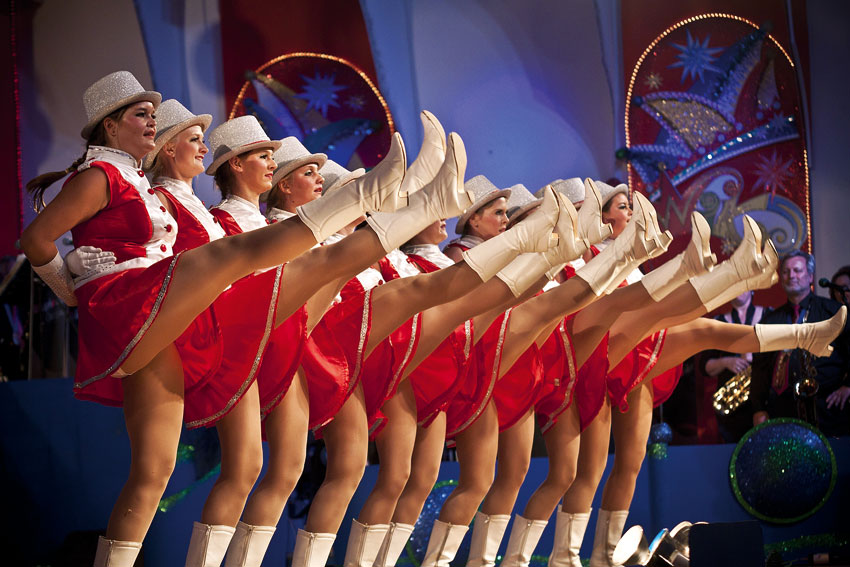 Unless otherwise stated, all festivities take place at the SKW Hall in Olympia. The programme is as follows:

Saturday 6 April at 11:11: BIWAK at the Auas Valley Shopping Mall

Saturday 13 April at 11:11: Street Parade along Independence Avenue, starting at the train station in Bahnhof Street

• As a matter of interest, WIKA members and friends meet for sundowners at 18:11 every first Friday of the month at the WIKA Museum in the tower of the Old Brewery Complex in Tal Street.