Desert Lion - found in the Kunene and Damaraland regions.

On August 1, the desert lion nicknamed Terrace (XPL-68) caused surprise and concern when he swam 76 metres across the Kunene river, taking him from Namibia to Angola. Since then he has been closely observed by renowned desert lion researcher Dr Flip Stander and local communities.

Stander had been following Terrace meticulously since he had gone off radar on July 30. On August 3, satellite images showed that the lion had, in an astonishing and landmark feat, simply swum across the river into Angola. 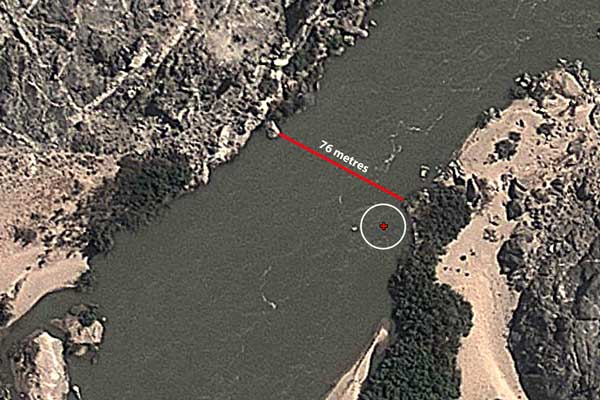 Numerous concerns have since been noted by Stander, regarding the lion’s current whereabouts.

Firstly, the Kunene river is overrun with crocodiles and while Terrace has over the years shown his ingenuity and prowess by adapting to survive in the hyper-arid section of the Namibia desert, he experience does not extend to the ferocious Kunene crocodiles.

Furthermore, the river itself is a “fore of fast-flowing” waters, which could easily cause the lion to drown. “The magniture of this event is significant when considering the volume, depth and speed of the water flrowing through a narrow section of 76 metres”, Stander wrote on his website http://www.desertlion.info/news.html

Lastly, communities living across from the Namibia border, have taken note of the lion in their midst. “The news of the lion in Angola has spread like wildfire and a delegation of local inhabitants gathered on the north-bank opposite Serra Cafema (an upmarket accommodation on the banks of the Kunene river). Wilderness Safaris facilitated a meeting with the delegation where they were informed of the lion’s movements”.

On August 5, Stander’s satellite images observed Terrace moving past his initial entry point on the banks of the river, and then stopped about 12 kilometres from the Kunene river mouth. It is likely that he killed prey and was busy feeding.

On August 7, the Terrace lion did not move far away from his kill and then his satellite collar went offline. Stander has moved towards the Kunene river mouth himself, and is attempting to make contact with Terrace via VHF telemetry.

Terrace is already well-known as a rebel with a cause – a known walker who does not spend much time in one place. According to Stander, over in the night and morning of 18 and 19 January, Terrace walked a distance of 69.8 kilometres – breaking the record for a distance covered by a lion in 24 hours.

For more information and new updates you can visit http://www.desertlion.info/news.html